Need For Speed The Run Race For Your Life Trailer

During the game’s story Sam will be Jack’s online co-pilot, bringing him all the necessary details for the next races and for the road to the 25 million dollars.

This could be the final character, although, except for the cops, we haven’t seen the bad guys yet. Meanwhile take a look at the Race For Your Life, the latest Need For Speed The Run Trailer. While the demo for XBox and PS3 was launched yesterday, no word on the PC version. 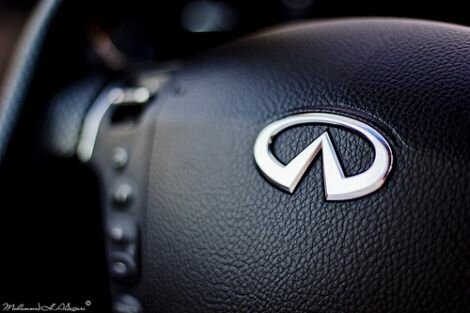 What Car Parts Do

It is impossible for you to own a car and not have any idea about what its major components and systems are. You need to know at least the basics so that you can intervene in case of something going wrong and you find yourself stranded, or to simply know how to check the oil level, water level, tires and so on. This is simple maintenance that any car owner should be able to do on his own.

Let’s start with the engine system. This is the one that produces the actual motion and converts the gasoline into raw power. Currently the easiest way to achieve motion is by burning the gasoline in a burn chamber located inside the engine block. When the gasoline enters the chamber it is lit up by a spark coming from the spark plugs. In that moment, an actual explosion takes place which pushes a piston down. At this moment you have created movement. This is how an internal combustion engine functions, named so because the combustion takes place internally. Yet this is not the only engine system, there are diesel engines, or gas turbine engines as well.

Next in line is the transmission system. Cars need transmissions because of how the engine physics work. Firstly, you need to know that any engine has an rpm limit called redline. If this limit is exceeded, the engine will literally explode. There is a certain interval when rpm, engine power and torque are at maximum capacity. Let’s say that an engine achieves maximum horse power at 5.500 rpm. This means that the transmission will allow the gear ratio to change shifts in order to speed up or slow down. The best time to shift gears, to obtain a maximum power boost, is when the rpm are below the redline, but close to the band.

We all know that if you push down the brake pedal, the car is supposed to slow down or stop completely. When the brake pedal is depressed, the brake system transports the force from your foot to the brakes using a fluid. Since, to actually slow down or stop the car, you would need superhuman strength, therefore the braking system multiplies the force you exercise on the brake pedal. This amplification can be done in too ways: by the use of mechanical systems or hydraulics. The brakes transport the force to the wheels through friction, the tires transport that force onto the road using the same friction.

Wires fuses and connectors are essential for powering up your car. Without these you won’t even be able to start the engine, since the spark that ignites the gasoline comes from a spark plug. Wires connect all the electrical components, one to another and to the car battery that allows them to be charged.

Catalytic converters are very simple devices, yet they have a major importance in the exhaust system. Inside the converter, there are two different types of catalysts. One is a reduction catalyst, and the other is an oxidation one. By the reactions caused, these catalysts allow us to decrease the emission of carbon monoxide, therefore making the car “greener”.