Hot Rod compared three epic car models in order to see what 40 years of technology combined with tradition can do to a brand. While the engine performance clearly went to the newer models, modern design and series manufacturing made the 2011 cars lose their duels in favor of tradition and originality. Nothing can beat a classic.

Watch the full explained video here and make your choice. 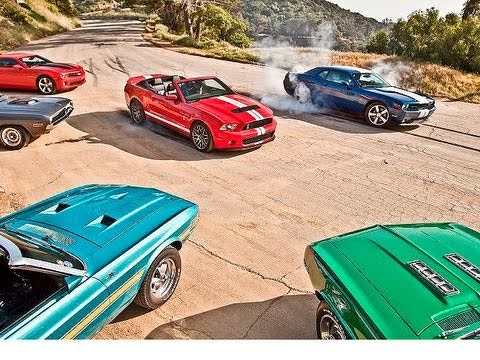 Without any doubt, when Dodge considered making the 2011 Challenger SRT8 392, they did not took into consideration the latest trends in terms of fuel consumption. On the contrary, with this new model the powerful Hemi V8 is bigger, measuring 392 cubic inches of raw power. In fact, the power unit is basically a bored & stoked configuration of the V8 6.1-liter SRT power unit that now is available in a 6.4-liter configuration.

The engine now is capable of outputting 470 hp at 6,000 rpm and at 4,200 rpm is offering a massive 470 lb-ft of torque. In comparison to the 6.1-liter older generation engine, this new one offers an additional 45 hp and 50 lb-ft. Also, the peak power is now achieved 200 rpm lower and the max torque is now available at 600 rpm lower, all good figures in our humble opinion.

Although significant changes have been made in the engine department, the gearbox selection remains the same which is not entirely a bad choice. With other words, the car will be equipped as standard with a 5-speed automatic gearbox and optional with a 6-speed transmission for those drivers that want fully control all that power. This new engine will also be available for the 2011 Dodge Charger SRT8.

Besides all of these changes, the engineers at Dodge equipped the SRT8 392 with new dampers in combination with a revised geometry of the suspension. Maneuvering the car is now more accessible thanks to the quicker steering. The car features a heavy-duty hydraulic pump that offers considerably more feel, especially on-center which the previous generations of the car really needed. These changes are very important when we take into consideration that the car is quite heavy at its two+ tons.

As far as the exterior changes are concerned, you will first notice the “392 HEMI” badges located on the front fenders. A larger chin spoiler rounds up the revised front fascia. The Inaugural Editions of the 2011 Dodge Challenger SRT8 392 will be the first 1492 units manufactured and will have one of two white-and-blue paint combos, but with various hues: Viper Blue stripes on a Bright White body, Stone White stripes over Deep Water Blue. These cars will also sport a blue-and white interior with blue striping and stitching white leather seats.

Dodge is currently taking orders for the 2011 Challenger SRT8 392 and production will most likely begin this month. The cars will be delivered at the end of the year and once the limited edition cars are sold, Dodge will be manufacturing regular SRT8 392s.

Here’s another update about one of my favorite cars. Hopefully, I’ll be one of the first to drive one through Europe and join the same club as Arnold Schwarzenegger.

Until that day comes, here are the drag cars for the Mopar Mile-High Nationals near Denver, Colorado. The starting point was the Dodge Challenger SRT8. However the cars are striped down to save weight. Dodge has removed the body sealer, sound deadener, undercoat, wipers, air bags, rear seats, power steering, exhaust and protection beams from side and rear. Looking at this list we understand why they are meant to run down only on a 1/4 mile track. More than that it might get kinda tiresome. In total the cars lost about 1000 pounds of weight.

Also, the engine has a new position and stronger mounts. The engines are 6.1 or 5.7 HEMI or the 5.9 Magnum Wedge. Mopar will built about 100 cars. As far as pricing goes, brace yourselves. It is in the spirit of American affordability, starting at around $30,000. This has to be a part of the American dream!
END_OF_DOCUMENT_TOKEN_TO_BE_REPLACED

After last week Dodge announced the pricing and the date when they’ll start taking orders for the new Dodge Challenger SRT8, now they released a few teaser photos, showing different angles of the car. In case you’ve missed our previous post, we remind you that the Challenger SRT8 will be priced at $37,995 and Dodge started taking orders on the 3rd of December and reports say that they’ve already received about 6,000 so far and rumors say that, though the initial plan was to build 5,000 Challengers, the number was raised to 10,000.

Today, Dodge announced the pricing for one of the most anticipated cars out there, the Dodge Challenger SRT8. Priced at $37,995, the Challenger will be available with the 6.1 liter HEMI V8 engine and will come in Black, Silver or HEMI Orange color and with numbered dash plaque and ‘carbon-fiber’ hood stripes.

Dodge will start taking order for the limited run Challenger SRT8 on December 3 and the first deliveries are expected in spring. You can see a really cool commercial for the SRT, on Jalopnik.
END_OF_DOCUMENT_TOKEN_TO_BE_REPLACED

As we announced some time ago, the first 3 Dodge Challengers will be put up for auction and all the money will go to charity. And the first one is already sold. After 119 bids, the first Dodge Challenger auction was won by ken8252 with a final bid of $175,407.07. View the auction details here.
(more…)

First 3 Dodge Challengers will be auctioned for charity 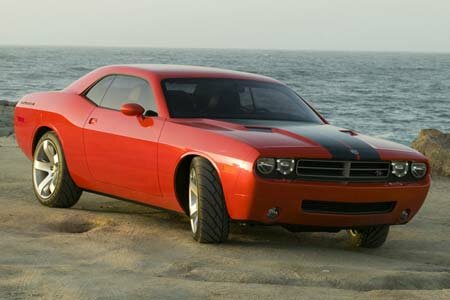 If you can’t wait to put your hands on the all new Dodge Challenger, well, you’ll have to wait a little more. Because Chrysler announced that the first three Dodge Challengers produced will be put up for auction and the money will be donated for charity. Even if we know it’s just a marketing strategy, nice gesture from them though.

The first car will go on sale in January next year and the money will go to notMYkid foundation. The money got from the second car will go to United Way of Southeastern Michigan organization, while the third Challenger will be auctioned on eBay and the organization which will benefit will be announced later.

The cars will be 2008 model Dodge Challenger SRT8, painted in HEMI orange and powered by a 6.1L V8 engine. For the rest of us, the Dodge Challenger will debut at the Chicago Auto Show in February next year.
END_OF_DOCUMENT_TOKEN_TO_BE_REPLACED