FBI reports decline in car thefts, but also in recoveries 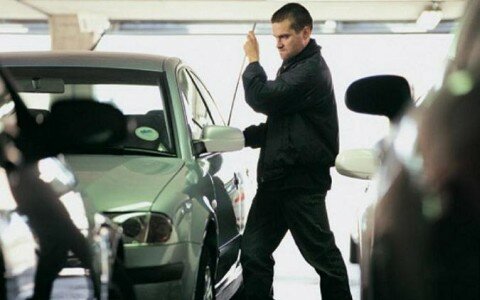 With the advent of the recessions and the economic downturn, many people believed theft will rise, especially car theft, as they are much easier to steal.

According to the FBI though, things aren’t exactly so. The federal bureau says that statistics for 2009 car thefts show a 17 percent decline as opposed to 2008, and are at the lowest point in 20 years. Last year, 794,616 were stolen from their owners.

While that may sound like good news, the FBI warns that while thefts are down, so is the recovery rate of the stolen cars. Last year, just 42 percent of vehicles were found and returned to their owners, a 25 percent drop as opposed to 2008.

Why is this? The FBI and law enforcement officials say that thieves are getting increasingly professional. They’re no longer dealing with kids or first time offenders, instead with organized groups that know how to make a car disappear.

In the end, the FBI offers some basic safety tips: keep your car parked in well lit areas, lock it at all times and keep valuable items like GPS systems hidden inside.

END_OF_DOCUMENT_TOKEN_TO_BE_REPLACED


For all those people with money to burn and performance cars to race on public roads, here’s a quick tip: whatever you do, don’t go speeding in Switzerland.

One Swedish Mercedes-Benz SLS AMG owner found this out the hard way, as he was clocked by the traffic camera doing a whopping 186 mph (300 km/h) on the highway between Bern and Lausanne. His excuse? The speedometer broke. Yeah, right.

As such, given Switzerland’s fine system that factors in the speed of the car and the annual income of the culprit, the Swedish man needs to pay the maximum fine possible, $1 million.

According to Swiss police officials, this is the highest speed recorded on the country’s public roads and, quite probably, the largest speeding ticket ever issued in the whole world.

Maybe next time the Swedish Mercedes-Benz SLS AMG owner will stick to the open roads of Germany’s Autobahn.

END_OF_DOCUMENT_TOKEN_TO_BE_REPLACED

Drunk driver crashed his Rolls Royce into a supermarket, gets 19 months in jail


Alright, the first thing you are thinking about is what type of Rolls Royce that was, it was a slightly older one, from 1983, as it seems that people who nowadays drop a fortune on a new Phantom don’t really try drunk driving.

The accident happened earlier this year, but now the Winchester Crown Court finally passed a verdict for 50-year-old Robert Caton, which drank two whiskey bottles and drove his car into the front window of Tesco supermarket in Andover, Hampshire. He was jailed for 16 months for destruction of property and another 3 for refusing to take a breathalyser test.

What’s worse it seems that at that time, the man even asked a security guard in what time can he evacuate anyone in the supermarket, but still drove two times while the people were trying to escape. Among the victims was a pregnant woman.

All of these crimes were seemingly caused by Caton’s case of depression and the anger towards Tesco, as he saved up for a bed an cupboard set for his son, but the mattress, which he though would be included in the set, needed to be bought separately. Throw in a hefty bill coming from one of his utility suppliers, and Caton apparently snapped.

The judge of the court delivered the sentence and said that his actions were actually “deliberate” and that: “If every citizen of this country who felt aggrieved against a shop or a bank acted like you there would be complete mayhem. Frustration is no defense or mitigation.”

This just goes to prove how many people, no matter what car they have, can try to hide their problems but then choose to hurt others around them. Hopefully he got what he deserved and the time in jail will show him that life can be much worse.

END_OF_DOCUMENT_TOKEN_TO_BE_REPLACED


Well this is certainly something, it seems that a Nissan GT-R owner woke up one morning to find that his beautiful supercar is sticking much closer to the ground, but not thanks to some new low-profile wheels or anything like that, quite the opposite, as all of the four wheels of car were stolen by some thieves.

What’s worse, they didn’t even have the decency to put some cinder blocks or wooden stubs under it, so the beautiful, high performance brakes were just resting on the asphalt. It seems that because the owner never had any problems with wheels theft and usually kept his car in the locked garage, he didn’t order any lug nuts to prevent the wheels from being stolen.

END_OF_DOCUMENT_TOKEN_TO_BE_REPLACED


Drivers are something almost unavoidable for many car drivers out there. Even if we got it for illegal parking on some other misdemeanor, they always have an impact on us, especially in terms of finance.

But New York driver Joshua Bracci will definitely have some trouble as it seems that he acquired no less than 56 tickets while fleeing from the police in a 13-minute chase. The felonies happened on Tuesday night in upstate New York, around the town of Greece, he was clocked at a radar station doing 111 mph, and seeing how the Police weren’t very happy, he engaged them in a chase.

Borrowing from a few action movies, he decided to turn off his headlights in order to make the car less visible. Luckily, a few residents spotted him and directed the police cars after him. After cornering him in a dead-end street, the officers fined the man for no less than 56 felonies including: first-degree reckless endangerment, first-degree aggravated unlicensed operation of a vehicle, driving while intoxicated, reckless driving, unlawfully fleeing police, resisting arrest and criminal mischief, among several other offenses

He is now residing in the Monroe County Jail with a bail set at a whopping $25,000. He is due in court on Friday and it’s a safe bet that he won’t be getting in front of the driving wheel anytime soon.