Dodge Durango Is On Fire! 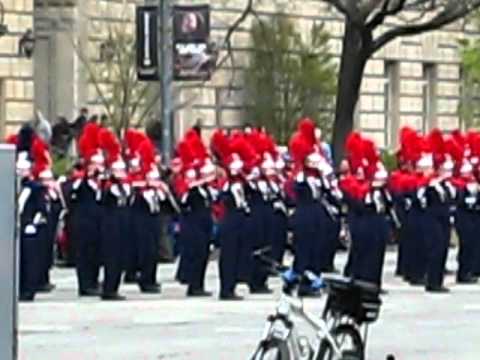 I always thought that parades were kind of lame, except maybe for military ones. However, the Washington D.C. Cherry Blossom Parade had plenty to offer as you can see from this video. This brand new 2011MY Dodge Durango Citadel was sitting right in the middle of the parade route when all of the sudden it started to burst into flames (literally) from its hood. An NBC affiliate said that the car started to spew black smoke while towing on the parade route.

Due to this incident, the parade was prolonged by approximately 15 minutes, but just like in Titanic, the band kept playing all the way throughout the tragedy – that’s what I call professionalism.


It’s been a long time coming, but Chrysler has officially revealed the company’s newest SUV, the 2011 Dodge Durango.

The Durango is among the new and improved Pentastar products, which include the 2011 Jeep Grand Cherokee or the refreshed 2011 Jeep Wrangler.

As you can see, the Durango looks thoroughly aggressive, and is certain to duke it out with the new mid-size SUVs like the 2011 Ford Explorer. The car also packs three rows of seats, meaning extra room for bigger families.

The interior looks thoroughly good, from the single shot that was released, and seeing as how it was created by the same team who did the new Jeep Grand Cherokee, future Durango owners will be in for some luxury. Also on the inside you will see the new Dodge emblem, as the old one is now exclusive to Chrysler’s Ram pickup brand.

Under the hood, customers will get either the 3.6-liter Pentastar V6 or the 5.7-liter HEMI V8. Both versions can be equipped with either front- or all-wheel drive.

Check out the new 2011 Dodge Durango in the high res photo gallery below.