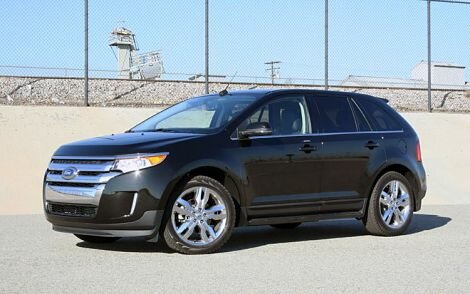 The 2011 Ford Edge EcoBoost is powered by a turbocharged, direct-injected 2.0-liter power unit that is capable of outputting 230 hp and a 250 pound-feet of torque. Rumors say that this 4-cylinder engine with twin independent variable camshaft timing and forced induction will perform just as good as the naturally aspirated V-6 power unit, but with significant improvement of the fuel consumption. This EcoBoost engine is linked to a normal non-SelectShift 6-speed automatic gearbox.

At the moment there are not many details regarding the technical specifications of the car, but according to the people over at MotorTrend.com that were lucky enough to drive it, the car offers a solid powertrain and the engine feels very powerful. Speaking of the power unit, it was in need of some fine-tuning; with developmental issues like the delayed throttle response from a stop. At speeds of about 25-30 mph, the 2011 Ford Edge EcoBoost showed a very high amount of torque steer, but the driver still had all the comfort he could ask for, which is a great deal taking into consideration the weight of the car.

For people that will drive the Edge mostly in a straight line, there is some good news as at high speeds, depressing the acceleration pedal will offer a linear surge of power which is quite difficult to differentiate in comparison with the standard Edge model that is powered by a V6 3.5-liter that delivers 280 hp. A major issue for the engineers over at Ford was the ability to deliver immediately the torque band, taking into consideration that the Edge is a pretty heavy vehicle at its 4000 pounds, not counting the inhabitants and the various equipment that can be thrown in the cargo space.

The engine uses 87-octane gas and the best part about the turbocharger is that engineers at Ford say that it will last for miles and miles, without the usual engine idling periods prior to shutting down. The controls system of the Edge will continue to pump the coolant/water mixture into the cooling system through the water jackets in the center housing of the turbo, until a pre-established temperature is achieved, regardless of the moment when the car was shut off. By doing so, it will cool the turbo in a very efficient matter, a very hot-running turbo taking into consideration the fact that the wheels can spin up to 170,000 rpm and have an incredible temperature of 1740 degrees Fahrenheit at the peak operation moments. 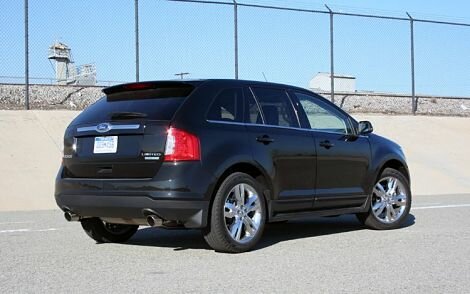 For those of you that do not have many details regarding the old order of the traditional turbo engines, the coking process refers to the situation when the carbon deposits form in the power unit, and the engineers at Ford have given a great deal to this issue in order to advertise the daily-use turbocharger. The new EcoBoost-powered Edge will not need the extra “babysitting”, which will make it very attractive to the American families that have a very active lifestyle and don’t have the extra time of being very attentive to the turbo of the car. The EcoBoost configuration will offer just about the same features as the Edge Limited which delivers a pretty good package, including the Sony Sound System with High Definition radio and the MyFord Touch with Sync.

We cannot talk about an EcoBoost engine without mentioning the fuel consumption. With this power unit, the 2011 Ford Edge EcoBoost will do approximately 30 mpg on the highway, this figure is not 100% accurate, but it will give you an image about how efficient the engine is. The fuel efficiency will most likely improve by 10-20% for the V6 3.5-liter (19 mpg in the city and 26 mpg on the highway). We will offer exact figures once the car goes officially on sale. The SelectSift automatic transmission will earn an extra mpg on the highway and if it will be linked to the inline four-cylinder engine, it will do just about the same. Normally, this gearbox is standard on the Limited version of the Edge.

The new generation of the 2.0-liter EcoBoost engine is manufactured in Valencia, Spain and the likelihood of a $995 premium is very high, taking into consideration that it is already applied for the 2011 Explorer. The base Edge EcoBoost configuration will be sold at about $32,000 with the 6-speed automatic gearbox. The car will do 0-60 mph in about 7.5 seconds and have 0.75 lb/mile CO2 emissions. The car will be officially on sale as of next summer.

Here is a cool photo gallery of a modified Ford Edge by H&R.
END_OF_DOCUMENT_TOKEN_TO_BE_REPLACED