Without further a do, hit the jump to see Ken Block push his 650 HP Ford Fiesta to new (smoky) heights and really wear the rubber right off the rims. Enjoy!
END_OF_DOCUMENT_TOKEN_TO_BE_REPLACED

END_OF_DOCUMENT_TOKEN_TO_BE_REPLACED

Expect the second (and real) part of Gymkhana Three in the following weeks. Until then, score some glimpses of Block and his Fiesta in the video after the jump.
END_OF_DOCUMENT_TOKEN_TO_BE_REPLACED

Teaser shots are already on the DC Shoes Gymkhana Three website, so stay tuned for the official video in the following hours. Until then, why don’t you check out Gymkhana 1, Gymkhana 2 and Gymkhana 2.1, all located after the jump.
END_OF_DOCUMENT_TOKEN_TO_BE_REPLACED 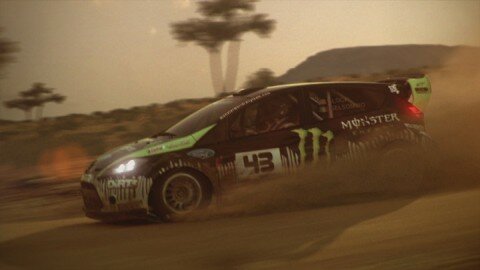 We certainly have quite a lot of racing game franchises in the business, ranging from Need For Speed to Forza Motorsport or Gran Turismo.

Still, enthusiasts shouldn’t forget about the Dirt series of video games, formerly known as the Colin McRae rally titles. The franchise, developed by Codemasters, is getting ready for its third iteration in its brand new identity, and has released the first official trailer.

The video showcases the different terrains and weather the game will feature, and mainly features American rally driver and stunt man Ken Block, behind the wheel of his #43 Ford Fiesta rally car. Most importantly, however, is that the trailer also hints at a more special type of competition that you can play in the game: Gymkhana, made famous by Block himself.

Sadly, we still have to wait until 2011 for Dirt 3 to arrive, but until then, we’ll keep you updated with all the latest news about this exciting video game. Check out the first official trailer after the jump.
END_OF_DOCUMENT_TOKEN_TO_BE_REPLACED


Ken Block is by far one of the most renowned rally drivers currently active in the USA, even though his performances aren’t ground breaking. Instead, he relied on the Gymkhana drifting videos to make sure that his name is known across the world.

Want proof? The upcoming Gymkhana Three video is already hyped beyond critical mass, with people eagerly anticipating what Block will do with his tuned Ford Fiesta rally car.

Seeing the amount of publicity that Block makes for the Blue Oval’s compact model, radio station KROQ interviewed the rally driver and asked about the possibility of a Ken Block special edition Fiesta.

Surprisingly, Block admitted that such talks exist, but nothing is concrete at this moment. For the moment though, he will continue to focus on his Rally of America efforts, as well as planning the next Gymkhana and preparing for more races in the World Rally Championship.

What do you think? Would a Ford Fiesta Ken Block edition achieve impressive sales? Share your thoughts below.

END_OF_DOCUMENT_TOKEN_TO_BE_REPLACED 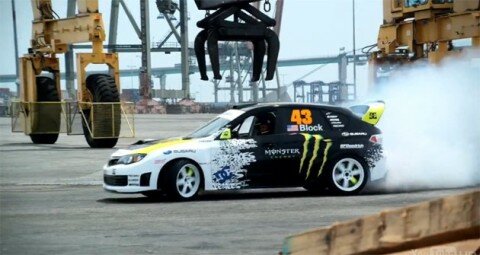 Ken Block is now a household name, both in the US and abroad, thanks to his extremely impressive Gymkhana videos, where he took his Subaru Impreza WRX STI rally car and effectively went all out, drifting, power sliding and doing all sorts of crazy things in specially designed locations.

Now, Block wants to turn Gymkhana into an actual motorsport, and has announced the Gymkhana Grid and the Ken Block Invitational competitions.

Set to take place on December 3 and 4, at the Toyota International Speedway, in Irwindale, the competition will see some of the best racing drivers out there try to beat Block in a special course designed to squeeze every ounce of skill and power from both driver and machine.

Needless to say, it’s going to be one heck of a show. No other details are known, but you can check out the splash page for the competition. Until then, look forward to the upcoming Gymkhana Three video to appear this summer, starring Block and a 600 HP Ford Fiesta rally car.

END_OF_DOCUMENT_TOKEN_TO_BE_REPLACED

Video: Ken Block wants your ideas for Gymkhana Three, win a ride in his 600 HP Fiesta 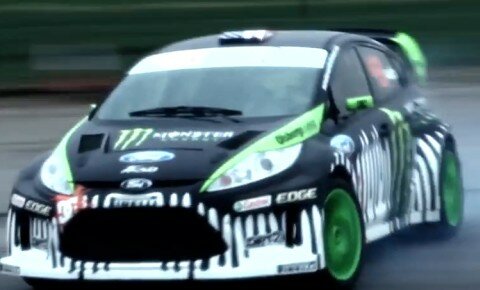 Ken Block‘s name is synonymous to the Gymkhana phenomenon, a series of YouTube videos that captured the world by storm and made Block a household name.

Now, for the upcoming Gymkhana Three video, Block is spicing things up, and wants your ideas for where it should be filmed and what tricks he needs to do.

How do you get in touch with him? Simple, just go to this website, and share your feedback with Block and his Monster World Rally Team. Besides helping out the rally driver, you might also win free things plus a ride in the 600 HP Ford Fiesta Gymkhana Three car.

Confused? Then hit the jump and see Block explain how the competition works, plus a few brief shots of the brake-melting car.
END_OF_DOCUMENT_TOKEN_TO_BE_REPLACED


Ken Block is a great rally driver, but his popularity really took off when he decided to drift his Subaru Impreza WRX STI and call the video Gymkhana. This sparked a true phenomenon and Internet fame was guaranteed for the American driver.

But given his move from Subaru to Ford, many thought the wild rides will be over. Not a chance, as Block revealed yesterday the customized Ford Fiesta he will use this summer for Gymkhana Three.

Worried it won’t live up to expectations set by the Impreza? Relax, as this Fiesta has been modified by Olsbergs Motorsport Evolution, who added a special-built turbocharged 2.0-liter engine capable of a whopping 850 HP. The power rating was limited to 650 HP and 660 lb-ft of torque for the future Gymkhana Three video, but it’s still mighty impressive.

The power is going to be controlled by a MSE Maktrak six-speed sequential transmission, that will send it to all four wheels. 0 to 62 mph (100 km/h) time for the little Fiesta? A supercar-crushing 2.0 seconds flat.

Ken Block also released a smoke-filled teaser video with the Gymkhana Three Ford Fiesta, so hit the jump and check it out.
END_OF_DOCUMENT_TOKEN_TO_BE_REPLACED