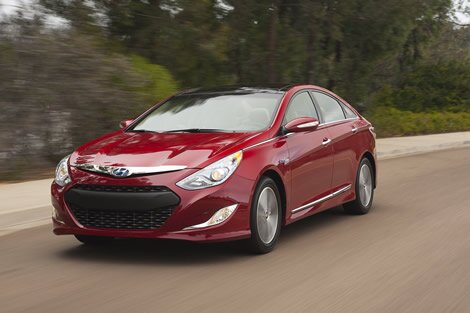 
The Korean carmaker Hyundai revealed a few days ago the pricing list for the 2012 Sonata Hybrid and it will have a base price of $26,610, including the $760 destination fee, which means that it is going to be $55 more expensive than the 2011MY. There are no mechanical or cosmetic modifications for the new model but it does come with the company’s Blue Link telematics system in standard configuration. 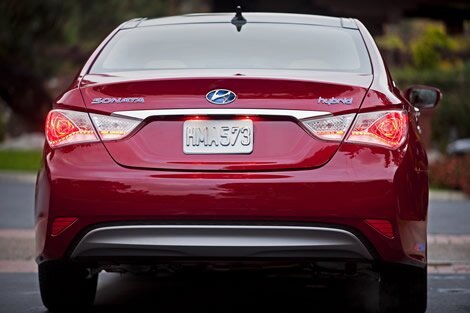 
Clients are now able to order the car with an optional leather package that brings leather seating surfaces, shift knob and steering wheel, along with auto-dimming rear view mirror, heated front + rear seats, features which Hyundai says that up until now were available only on the higher trim level. 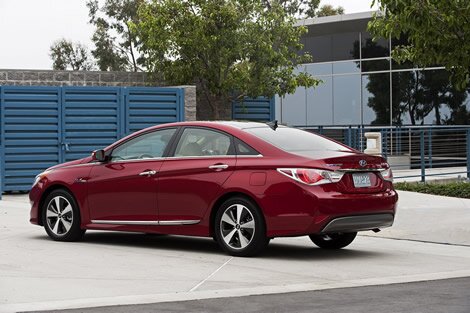 
The 2012 Hyundai Sonata Hybrid is motivated by a hybrid powertrain consisting of a 2.4-liter Atkinson-cycle engine that produces 169 hp which is linked to a six-speed automatic gearbox, along with a 30 kW electric motor and a lithium polymer battery pack. 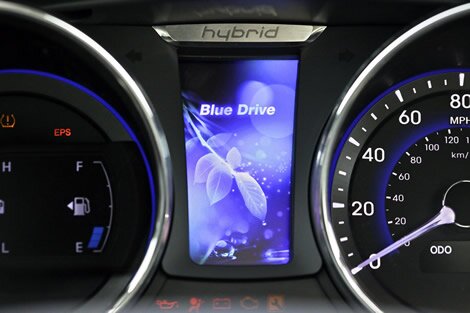 The hybrid version of the Hyundai Sonata was supposed to hit the dealerships in the last month of 2010, but the automaker postponed its launch in order to do some engineering change to boost safety. When the car manufacturer found that that Obama planned to sign a bill that would ban a switch meant to disable a noisemaker that was created for warning blind pedestrians, Hyundai decided to remove this switch. This move delayed the car’s launch from December to late this month.
(more…)

EVs – To Beep Or Not To Beep

Hyundai’s sleek Sonata Hybrid model was supposed to begin reaching buyers late last year, but a last-minute modification prevented that from happening. The car had an on/off switch to disable the synthetic engine audio that would be engaged whenever the hybrid was being driven on electric mode, but a regulation changed that.

The Korean automaker had to do a last-minute change and deleted the switchgear because of a bill passed by the U.S. Congress that made irrefutable noise-making devices mandatory for EVs and hybrids. According to Automotive News, at the moment the ball is in NHTSA’s court and they plan to set a proper timetable in the next 36 months.

Although the law banning the EV noise on/off switch will most likely stop car manufacturers from installing the switch in the future, the National Highway Traffic Safety Administration should act quickly in coming up with a date. This move would help car companies to know what they are and aren’t allowed to do, thus preventing more shipment delays in the future.


The Hyundai Sonata Hybrid didn’t surprise anyone at the 2010 New York Auto Show, as the South Korean carmaker teased the new model days before it was finally revealed.

Now, the first US hybrid from Hyundai has been detailed, and we can say that the Ford Fusion and Toyota Camry Hybrid do have a few things to worry about. Starting with the powertrain, the Hyundai Sonata Hybrid uses the same 2.4-liter inline-four cylinder engine, now running on an optimized Atkinson cycle. Instead of opting for a CVT gearbox to couple the engine and the electric motor (which develops 30 kW or 40 HP), Hyundai opted for a standard six-speed automatic gearbox, with the motor running instead of a torque converter.

This means a total power output of 209 HP and 195 lb-ft of torque. Official fuel estimates aren’t available, but Hyundai is confident the Sonata Hybrid will do 37 mpg on the EPA combined city cycle and 39 on the highway. Also, the company revealed that the model can accelerate up to 62 mph running in pure EV mode.

Two major factors contributed to the performance of the Sonata Hybrid. First off, the low weight. Besides the fact that the Sonata is already a light mid-size sedan, the hybrid model is the first to use a lithium-ion battery pack in the USA (the Volt will be the second). This means a curb weight 3,457 pounds. Secondly, the improved aerodynamics also play a big role. No doubt, you noticed the restyled front fascia of the Sonata Hybrid, as well as extensions to a few other body panels. This means that the drag coefficient has been reduced from 0.28 to 0.25.

Overall, the Hyundai Sonata Hybrid is looking pretty good as opposed to its competition. The last remaining unknown is the price, which will be revealed at a later time. Until then, check the car out in the photo gallery below.

END_OF_DOCUMENT_TOKEN_TO_BE_REPLACED


Hyundai is getting ready for the start of the New York Auto Show, where it will premiere two new versions of its 2011 Sonata sedan. The first is a range-topping model powered by a 2.0-liter turbocharged gasoline engine, while the second is the South Korean company’s first US-spec hybrid.

As you can imagine, Hyundai is focusing more on the hybrid, and has just released the first teaser photo of the model, showcasing a part of its redesigned front end. It seems the company wants to give the hybrid Sonata a distinct personality, and will add in some influences from the Blue-Will concept we saw earlier this year in Detroit.

No official details are known, but it is expected that Hyundai will be optimizing the 2.4-liter direct injection inline-four cylinder unit in order to make it more efficient, and combine it through a regular six-speed automatic gearbox with a 30 kW electric motor.

Until the start of the NY show, at the end of the week, the guessing game is still open regarding the new Hyundai Sonata hybrid.