Lexus CT 200h gets detailed before its worldwide launch

Built on top of the Prius platform and its hybrid synergy drive technology, the Lexus CT 200h promises to deliver a more premium experience for those that still want to save the planet by driving a hybrid.

Now, after seeing it at the Geneva Motor Show at the beginning of the year, the CT 200h has been further detailed ahead of its debut at the Paris Motor Show.

The final output is rated at 134 HP, but the 1.8-liter gasoline engine is capable of 98 HP while the electric motor can output as much as 80 HP. Even with this pretty potent power rating, 0 to 62 is achieved in 9.8 seconds.

The car has been specifically tuned for improved efficiency, meaning low rolling resistance tires, a special suspension and a hood and tailgate made from aluminum to keep weight down were fitted. All of these things enable an EPA-rated fuel estimate of 42 mpg.

You will be able to enjoy a custom interior, and the car will let you choose two driving ‘moods’ Dynamic or Relaxing, and four modes: EV, ECO, Normal and Sport.

More details are set to be unveiled in Paris. The Lexus CT 200h hybrid hatchback will be launched around the world in the following months.

END_OF_DOCUMENT_TOKEN_TO_BE_REPLACED 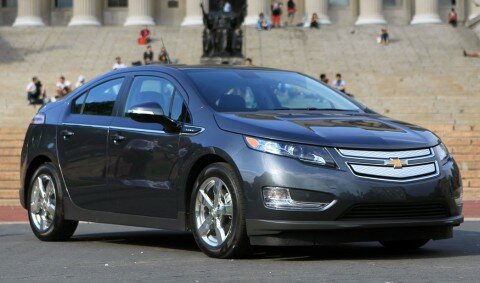 The Chevrolet Volt has been heavily hyped in the last few months, as we’re rapidly approaching the launch date of the extended-range electric vehicle.

Now, General Motors has finally pinned a date on when the official production will start at the Detroit-Hamtramck. On November 11, the first car, Job 1, will officially roll off the assembly line.

Currently the plant still manufactures pre-production Volt models, which will be used by GM in its private fleets and tested by its employees. The model is currently undergoing evaluation and rating by the EPA and other federal bodies, but everything should go along smoothly.

With production starting in November, expect the Volt to be available around December in the first preferred markets. These include California, New York, Washington and Texas. The Chevrolet Volt will be sold with a starting price of $41,000.

END_OF_DOCUMENT_TOKEN_TO_BE_REPLACED

Scion iQ city car confirmed for US launch in March 2011


It’s been a long time coming, but US customers will finally be able to indulge in a brand new Japanese city car, the Scion iQ, next year.

After being revealed at the New York Auto Show this year, the model has been confirmed by Toyota for a US launch in March 2011.

The car is already being sold in Asia and Europe, badged as a Toyota iQ, and has become pretty successful, thanks to its decent cargo spaces plus the adequate interior space.

No other details were revealed, but you can expect the Scion iQ to be priced around the level of the its direct rival, the Smart ForTwo. A frugal 1.3-liter gasoline engine should be included, but don’t expect a hybrid powertrain, at least according to previous statements. 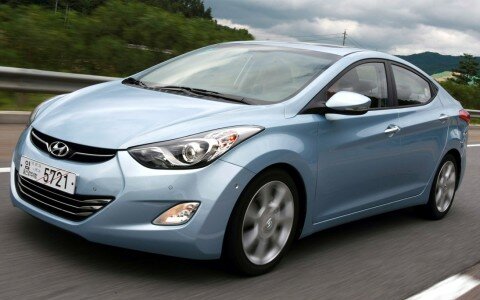 It seems that compact sedans are quickly becoming extremely popular in the USA, at least judging by the impressive array of new models set to arrive on the market. These include cars like the Chevrolet Cruze on the 2012 Ford Focus.

Now, a new contender is preparing for its own launch, the 2011 Hyundai Elantra.

We’ve already seen the Elantra be revealed in its native South Korea, at the Busan Motor Show, as the KDM-spec Hyundai Avante. At that time, no details were revealed about US availability. Now, as the Avante is hitting showrooms in its native country, Hyundai has confirmed that the 2011 Elantra will also be reaching US shores by the end of the year.

As you can see, the new model will boast the ‘Fluidic’ design we already saw on the bigger 2011 Sonata. In South Korea, the model is offered with the 1.6-liter Gamma inline-four cylinder engine, capable of 138 HP with 123 lb-ft of torque. While power figures aren’t all that impressive, it can achieve a combined fuel average of 38.8 mpg.

Expect more details about the US-spec 2011 Hyundai Elantra as we reach the end of 2010.

END_OF_DOCUMENT_TOKEN_TO_BE_REPLACED


Yesterday’s Plug In 2010 Conference in San Jose brought some big news for those that are interested in the upcoming Nissan Leaf electric vehicle.

At the convention, Nissan North America’s executive vice president, Carlos Tavares, revealed that the battery pack of the Leaf will be covered by an 8-year/100,000 mile warranty, just like the one offered by GM for the Chevrolet Volt extended-range electric vehicle. This value was chosen by those who pre-ordered the Leaf and participated in a survey earlier this month.

What’s even more important is that the Leaf’s rollout plan has been officially revealed. According to it, the all-electric Leaf will be sold this December in California, Washington, Oregon, Arizona and Tennessee. Afterwards, in January of 2011, the car will be launched in Texas and Hawaii.

April of 2011 will see the Nissan Leaf arrive in North Carolina, Florida, Georgia, Washington DC, Virginia, Maryland, South Carolina and Alabama. The rest of the country will see the Japanese electric model arrive by fall of 2011.

Overall, Nissan definitely has set up an ambitious plan with the Leaf EV. If you live int he first five states, official orders will be taken starting this August.

END_OF_DOCUMENT_TOKEN_TO_BE_REPLACED


Even though its appearance was leaked last weekend, the 2011 Audi A7 Sportback was unveiled yesterday by the German automaker.

The new model will compete with the likes of four-door coupes like the Mercedes-Benz CLS, as well as with five-door performance models like the Porsche Panamera or BMW 5 Series Gran Turismo.

As you can see above, the new A7 boasts a design similar to the 2011 A8, albeit a more angular, in terms of the front fascia. In the rear, the fastback design is apparent, while the side view clearly highlights the cues it has taken from the A5 Sportback.

In terms of engines, not a lot of details were given, but you can expect four V6 units, two gasoline and two diesels, to be used. They will be equipped with either a Multitronic CVT or a seven-speed S-tronic gearbox, feeding the power to either just the front wheels, or too all four, thanks to the Quattro AWD system.

The interior is almost the same as the 2011 A8, with the new MMI Touch multimedia interface, as well as a wide array of technologies and systems ready to make driving the new A7 Sportback a safer and more pleasant experience.

No other details were given, but expect new info to arrive as we approach its fall release date. Prices, at least in its native Germany, will start at €51,600 ($67,160). Feel free to check out the high res photo gallery below and then hit the jump to see a video of the 2011 Audi A7 Sportback launch.

END_OF_DOCUMENT_TOKEN_TO_BE_REPLACED


After a big amount of rumors and speculation about the Toyota FT-86 concept, the Japanese company decided to set a few things straight.

The automaker revealed that the rear-wheel drive sports coupe’s development is still on track, despite rumors that it will be delayed until 2013. As such, the FT-86 will hit production around November, 2011.

Also, it seems that it will see three spec levels, with at least two different engines. The mid-range option will cost around $28,500, so it may be on the steep side for those that want an accessible sportscar. Still, the top-of-the-range will be represented by a turbocharged model, so we know what true enthusiasts, with a deep wallet, might want.

Toyota also pointed out that none of the FT-86 powertrains will use a hybrid assembly, as that technology is researched for another product, most probably the MR2 Sports Hybrid. Still, the company guaranteed that the FT-86 will offer plenty of sporty thrills, largely thanks to Subaru’s input on the whole project.

With this new official info, November of next year will definitely be a happy month for Toyota fans.

END_OF_DOCUMENT_TOKEN_TO_BE_REPLACED


Audi of America has revealed new details about the next performance models that will be launched on the US shores.

The German company finally decided to put a launch date on the new Audi RS5 three-door coupe, which will be hitting the American market in 2012. Although a bit later than expected, we’re pretty sure fans will line up to get a taste of the car’s 4.2-liter V8, capable of a whopping 450 HP.

Until 2012 though, four-ring fans will have their hands busy, as the company has also detailed and priced the Audi R8 Spyder V10. The open-top supercar will be hitting dealerships in the following months, with a price starting at $161,000, without the $1,250 destination charge.

If you want to ride around like Iron Man’s Tony Stark, you’re going to have to shell out either the aforementioned $161,000, for the six-speed manual, or $170,000 for the R-tronic transmission. Both models still develop 525 HP from that massive 5.2-liter V10 engine.

So there you have it US customers, Audi still wants to satisfy your need for performance, but it won’t do it cheaply.

END_OF_DOCUMENT_TOKEN_TO_BE_REPLACED


As we’re sure most of you know by now, Ford is investing heavily in establishing the 2011 Explorer SUV on Facebook. As such, it revealed a few weeks ago that if it will get 30,000 fans (likes, actually) on its Facebook page, it will organize a sweepstakes and give away one of the brand new SUVs.

Now, that goal has been reached. While no details have been revealed as of yet about the sweepstakes, the Blue Oval did reveal a brand new teaser photo of the 2011 Explorer.

As you can see above, the grille of the next generation SUV is pictured, alongside a bit of its headlight, a part which was revealed last week.

The official presentation of the next generation 2011 Ford Explorer SUV is scheduled on July 26. At that time, locations all around the USA, including New York, Chicago or Los Angeles will display the new model. The biggest celebration will be at the ‘Glass House’ showroom, right beside Ford’s HQ in Dearborn, Michigan.

END_OF_DOCUMENT_TOKEN_TO_BE_REPLACED

Mercedes Benz SLS AMG – the car that can fly

Last weekend was a legendary one, because Bobby and I went to Mercedes Benz Star Experience, an event organized by Mercedes, who spoiled its guests with test drives with la crème de la crème of their cars. That meant that the line up consisted of an G 500,  a ML 63 AMG, an E Class Coupe, an E Class Cabriolet, an AMG, a SL and a SLK and some of the BlueEFFICIENCY cars with S Hybrid, C 200 CDI and the C 200 CGI. But the star of the show what the Mercedes Benz SLS AMG, of course! The experience with the SLS reminds me of a quote from Fight Club: “After fighting, everything else in your life got the volume turned down.” In this case, it would be: “After riding a SLS AMG, everything else in my life is so slow.” END_OF_DOCUMENT_TOKEN_TO_BE_REPLACED

Seat, the biggest spanish car manufacturer, part of the VAG group, has just unveiled their launch plan dating as far as 2010. This schedule includes clear launch dates for the FR and Cupra versions of the new Ibiza and plans for the future SUV that the spanish manufacturer will launch.

2008 holds no big surprises, only the launch of the coupe version of the Ibiza being scheduled. But 2009 is a whole new matter, the FR version of the small Ibiza hatchback is brought out in February and after a month, Seat’s new B class sedan, the Exeo. In April we will see facelifts for the Altea, Altea XL and the Leon. Autumn brings us, at the Frankfurt Motor Show, the Ibiza Cupra model, one of the most anticipated versions and the estate version for the Exeo. After that, the new generation of Alhambra is set to arrive, thus completing a really busy year for Seat. Finally, in 2010, the spaniards will launch a new Sportback version of the Ibiza and their first ever SUV and completing the wide range of vehicles available.
END_OF_DOCUMENT_TOKEN_TO_BE_REPLACED