Jeep Renegade inspired by the Warthog from Halo? 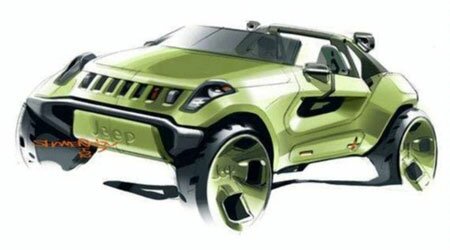 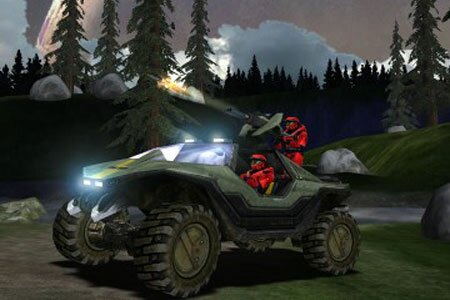 Yesterday we’ve posted about the three concepts from Chrysler which will debut at next year’s Detroit Motor Show. Among those was the Jeep Renegade concept, a four wheel drive sport hybrid, powered by a lithium-ion battery electric motor and a Bluetec diesel engine, which achieves an impressive 110 mpg fuel consumption. But that’s not what we wanted to talk about. One of our readers, torres9, showed us something really interesting. Here’s the Warthog, a vehicle from the popular video game Halo. Though there are a few differences, we have to admit that the designs are very similar and, fitted with a gun turret, the Renegade could easily replace the Warthog and no one would even notice.

If Halo’s Master Chief catches Cortana getting hooked on online poker, what do you think would his reaction be? I’m guessing not very different to what his reaction would be if Autounleashed reader torres9′s observation proves true.

END_OF_DOCUMENT_TOKEN_TO_BE_REPLACED

Chrysler announced three new concepts that will debut at next year’s Detroit Motor Show. These are the ‘clean-running’ and ‘excitingly-styled’ Dodge Zeo, Jeep Renegade and Chrysler ecoVoyager.

The Dodge Zeo is a sport wagon hybrid concept and even though it looks like a 2+2 coupe it’s actually a four-door four-seater concept. Powered by a 250 kW electric motor which runs on a plug-in lithium-ion battery, the concept has a range of 250 miles and it speeds from 0 to 62 mph (100km/h) in less than 6 seconds.

The second concept, the Jeep Renegade is a four wheel drive sport hybrid concept (with the most striking design from all three) and which is also powered by lithium-ion battery electric motor and a Bluetec diesel engine, and achieves an impressive 110 mpg fuel consumption. The concept’s AWD system features two 85 kW electric motors on each axle.

And the third concept is the Chrysler ecoVoyager, features a hydrogen fuel cell that generates electricity for the battery pack and 200 kW electric motor, and which Chrysler says , has a range of 300 miles.

Do you like these designs? I, personally, am not so thrilled, still, if the technologies will see production, things look really good. You can leave a comment here.

More photos after the jump.
END_OF_DOCUMENT_TOKEN_TO_BE_REPLACED