Mind-reading is a cool concept for our daily life. I have always dreamed about having a tea machine which to read my mind and start making my tea whenever I feel the need to drink one; a bed which to start making itself immediately it passes through my mind that I’d like to sleep; a meal which to cook itself whenever I think I might be hungry. But how about a car which to read minds?

Nissan’s Brain-Car Interface Engineers (how futuristic this sounds?!) are currently working at a mind-car communication technology to anticipate the move of a driver, before even to execute it. So, we have a “smart car technology” situation, with intelligent cars, for real.

By using sensors for receiving and interpreting environmental and biometric indicators, the car gets ready for what the driver is about to do (turning right or left, changing the lanes on a road) – brain activity and eye movement patterns, and also statistical analysis (for predictions) were added for making this thing possible.

“The idea is to blend driver and vehicle intelligence together in such a way that eliminates conflicts between them,” said José del R. Millán, a professor at EPFL and leader of the research team.

The system works like a brain, with no delay (imagine a road reaction which comes a couple of seconds later than necessary. In driving, even a second means a lot). According to EPFL, this car will know you’re thinking about changing direction to the left / right / whatever before you actually start actively thinking it.

In my opinion, the system is smart. In your case, in which driving parts could this system help most?


A new research report has arrived from the Highway Loss Data Institute, showcasing the highest and lowers insurance claims for theft per vehicle.

As you might have guessed, thieves are mostly interested in big, luxury SUVs, with the Cadillac Escalade topping the most stolen vehicles list. According to the HLDI, insurance companies were forced to pay $146 per each Escalade insured last year, due to theft loss. In simpler terms, around 10.8 Cadillac SUVs were stolen per each 1,000 insured.

How do thieves get past things like OnStar or other security measures? Simple, by putting the SUV on a flatbed and driving off.

Other vehicles with high theft claims include the Ford F-250 Crew pickup truck, as well as the Infiniti G37 or the HEMI-equipped Dodge Charger.

On the other end of the list, the car with the least theft claims is the Volvo S80 limousine. Other safe vehicles include the Saturn VUE, the Nissan Murano or the Toyota Prius.

As a last bit of warning, the HDLI says that people should avoid big, luxury SUVs as well as pickup trucks, no matter how many security systems they have.

END_OF_DOCUMENT_TOKEN_TO_BE_REPLACED 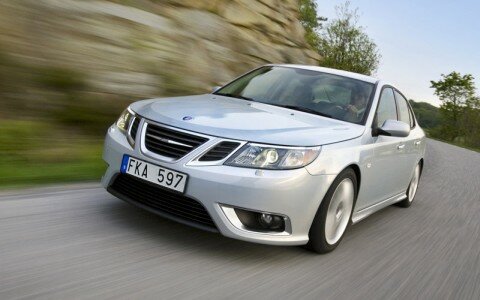 END_OF_DOCUMENT_TOKEN_TO_BE_REPLACED


Driving a car in second nature to a lot of us, but sometimes this means that we need to get our food on the go. While eating in a car is already a bit of a messy affair, it seems that a lot of people still do it anyway, as a new study conducted in the UK shows that 70% of people eat in their vehicle regularly.

While that may not sound too scary, how about the fact that after scientists tested out random cars, they found a whole array of germs and bacteria on things like door handles, gear knobs or even the steering wheel?

These aren’t your regular bugs either, as these microscopic organisms ranged from Staphylococcus to Bacillus Cereus, just the things that can lead to food poisoning, nausea or worse. And if you’re thinking that the summer heat might kill them off, then you’re wrong, as these germs thrive even more in hot environments.

So, all in all, next time you’re feeling hungry, just go to a restaurant, and be sure to clean your car every now and then if you don’t want a bacteria circus in there.

END_OF_DOCUMENT_TOKEN_TO_BE_REPLACED

Toyota and Daimler might be planning fuel cell research partnership

Another day, another report of a future industry partnership. After hearing about Volkswagen’s official purchase of Italdesign Giugiaro, reports are now coming in about a new partnership between Toyota and Daimler.

According to Reuters, the two companies are planning to kick start a joint venture which would research and develop new fuel cell technologies for future electric vehicles. Both carmakers have been documenting the new technology for quite some time, so this new partnership might make a lot of sense.

Daimler has also partnered recently with the Renault Nissan alliance, but that only covers small car development and platform sharing. The company is also part, alongside Toyota and other carmakers of the so-called Hydrogen Alliance, a group that supports the development of fuel cell vehicles.

The two companies refused to declare anything about a partnership, so perhaps an official announcement isn’t too far away.

END_OF_DOCUMENT_TOKEN_TO_BE_REPLACED


We’re seeing new partnerships being developed in the automotive industry left and right these days, but by far the most awkward one is between Chrysler and NASA, who both announced a new three-year agreement to share technologies and insight.

“This is a great opportunity to share knowledge and data in areas where both Chrysler Group and NASA have a vested interest,” said Scott Kunselman, Senior Vice President, Chrysler Engineering. “We value the opportunity to work with NASA and will implement what is learned to further improve our Chrysler, Dodge, Jeep and Ram Truck products.”

The two companies don’t really say what they will actually research in joint partnership, just saying that topics like “materials engineering, robotics, radar, battery systems and other energy storage mediums,” are going to be discussed by mixed teams.

Research into many of these subjects might give Chrysler a big help in returning to the glory of yesteryear and might also help its new corporate overlord, Fiat, in the long haul. But, there’s still the question of what the Pentastar will be bringing to the table. Free Sebrings? A space-capable Fiat 500? Lunar Jeeps? We may never know.