When you buy a used car it’s important to get the best possible one for your money and to be sure that you can rely on its quality. A car it’s an important investment that should be made wisely taking into consideration every piece of information you can gather.

It is known than in 2010, prices for used cars went up 6% from last year. The demand is high and prices are reacting to the situation on the market.  A vehicle dependability study tried to reveal the names and producers of three-year old vehicles that are more inclined to cause fewer problems than others, once bought. The study involved 52.000 owners of 2007 models and built its statistics around the cars and owners that experienced little problems.

The study showed that the five most reliable brands are Porsche, Lincoln, Buick followed by Lexus and of course Mercury.  Toyota didn’t make it in top five but occupies the sixth position, because of its 2007 models that still have problems that need solving. But if you really like Toyota cars you should know that prices went 4.5% down this year, due to all announcements about recalls and all.

What’s important to remember is that a car looses 47% of its value in the first three years. That’s what we should keep in mind while we take a look at some of the best used cars to purchase.

When it comes to small cars, Honda Civic it’s a great choice. It’s reliable, economical and of course fun to drive. With each year the models improved, until the most recent ones that are available with electronic stability control. Other good choices are Toyota Echo, Volkswagen Rabbit, Scion xB or Subaru Impreza.

Family cars are well represented by the Honda Accord, an agile car with a standard antilock brake system and a V6 engine. When it comes to fuel economy the Toyota Prius hybrid comes in mind along with Ford Fusion and Mercury Milan that are both reliable and cost effective.

The upscale car section is dominated by Lexus ES, a fuel efficient and comfortable car with standard ESC. Other great examples are Acura TL, Infiniti G or Volvo S60.

Small SUV’s are a good choice id you have in mind a Honda CR-V, with a four-cylinder engine and a fuel economy feature. Models from 2005 on are preferable, because they come with ESC and curtain air bags as standard. Other excellent options are Hyundai Tucson, Ford Escape Hybrid or Subaru Forester.

Honda Pilot is a great example when it comes to large SUV’s. That’s because of its generous room for eight passengers and because of its outstanding crash-test results. Toyota Highlander is another winner along with Lexus RX, Toyota 4Runner or Hyundai Santa Fe.

Minivans are a good choice for some of us and Honda Ridgeline it’s definitely an option worth taking into consideration due to its good ride and handling. Toyota Sienna it’s another choice, with a V6 engine, automatic transmission and side/curtain airbags.

It’s hard to define the best used car to purchase, because it all comes down to personal taste and needs. A good study of the market and the name of a few reliable manufacturers in mind will surely be a plus.

We always want what’s best for our families, but we also need to think about prices and budgets. We also want something that will please each member of our family, will ensure comfort when it comes to long drives and will guarantee us the safety of our loved ones.

I personally believe that $20,000 it’s a family friendly budget that will be enough to cover all the desires we might have. That’s why I thought about a top six best family cars that $20,000 will buy you. That being said we will consider the cars from the lowest to the highest price.

First in line we have the Nissan Versa for $10,710. This is a mid-size car with plenty of room for kids of all ages. In addition to this it’s also available in both body styles: sedan and hatchback. The price is good and even with all possible improvements (a custom made touch) the price doesn’t go over $18,000. But if the budget can’t be stretched, Versa 1.6 is an outstanding choice for your family.

Number two to on our list is the Nissan Cube sold for no more than $14,710. The tall roof and the generous back seats represent a plus for any family. For the price you will also get as standard equipment power windows and locks and also air conditioning. Regarding safety you will be happy to know that the price will also provide for your car an electronic stability control.

The next family friendly car on our list is the Honda Fit available for $15,610. This “little one” will impress you with its cargo space of 20.6 cubic feet and with the same generous back seats despite its small size. Moreover, if we consider safety you should know that it was designed to survive accidents with larger vehicles and also the Sport model has as standard electronic stability control. Even if the price tag is slightly higher going up to $16,410 the investment might be worth making if you think about the safety advantage.

Fourth on our list, the Scion xB, can be yours for only $16,250. That can start looking like a really good price once you will find out that its interior resembles more an SUV than a simple car. Also, the price includes a lot of equipment specially designed for your families comfort and safety.

Another little wonder is the Hyundai Elantra Touring that’s on the market for only $16,715. The size is great for family trips and a growing family, the car being more of a wagon size than a hatchback size. The new 2010 model, GLS it’s all about you comfort including in its design air conditioning, electronic stability control, sunroof and many other facilities.

Kia Rondo is my sixth choice and can be yours for $18,190. It’s a bit of a hybrid between a SUV and a minivan, but with seven seats it’s a blessing for any large family. What you must know is that you may need to pay an extra $2000 if you want air conditioning and a more reliable V6 engine (the extra fuel consumption won’t be significant). But for the benefits the extra money seems reasonable.

Those were my choices and I hope it will be helpful information for families that are in search of the best car $20,000 will buy you. What I’m sure it’s that your car it’s somewhere out there. You just have to look for it.

Scion hosts Battle of the Builds competition, military members design their own xB

Seeing as how the 4th of July is rapidly approaching, Scion has revealed a new type of competition.

Entitled the Battle of the Builds, the contest tasked military servicemen and women with designing their own special xB model. The entries were submitted to the youth-oriented Japanese brand, and can now be voted at the special Battle of the Builds website.

From the 25 semi-finalists now up for vote, only three designs will be chosen. The winning teams will be given a budget of $15,000, and tasked with turning their initial drawing into a reality on a brand new 2011 xB.

The ultimate winner will be featured by Scion at the 2010 SEMA Show in Las Vegas.

END_OF_DOCUMENT_TOKEN_TO_BE_REPLACED


According to various inside sources, the Toyota FT-86 concept, introduced as a preview for a fresh yet affordable rear-wheel drive sports coupe, won’t exactly uphold its promise, as development costs and focus group testing shows that it might be priced way above the estimated $20,000 mark and will only appeal to those over 40.

As such, a new rumor has just appeared, courtesy of the guys from Road and Track. They say that the Japanese carmaker still wants to release an affordable RWD coupe, and to that end it will produce a smaller and cheaper version of the production FT-86.

According to the magazine, the car might be powered by the 1.5-liter inline-four cylinder unit we saw on the Scion xB, capable of 109 HP. Now, we don’t know about you, but that doesn’t exactly scream RWD sports coupe.

Still, if this will allow Toyota to introduce the model under the $20k mark, then a lot of people would surely be interested in it.

What do you think? Would this smaller and cheaper but not that powerful baby Toyota FT-86 be any good? Share your thoughts below.


In the midst of bad press for both Lexus and Toyota models, the Japanese company decided that it should further promote its untarnished Scion brand more, and has just presented the 2011 xB facelift model.

The popular boxy car has received new looks and interior options in order to further attract the young crowd. First off, the design has been improved, specifically at the front, where the headlamps have been slightly restyled, and a honeycomb grille was added. Larger outer vents in the bumper were also fitted, for better cooling. In the back, the biggest change focuses on the rear backup lamp, which was integrated in the tailights. Potential customers now have two more colors to choose from, Army Rock (whatever that is) and Elusive Blue.

On the inside, clients will find redesigned front seats, for better comfort, as well as a new center console with more storage spaces. A sliding armrest and a new, fully-adjustable steering wheel were also added to the 2011 xB.

Cost-conscious customers will be happy to hear that the new xB starts from $16,000 for the manual while automatic versions will begin at $16,950, both having a minor increase in price ($150) over the outgoing 2010 model.

Until you can rush out to dealerships at the beginning of April to check out the 2011 Scion xB, you can take a look in the photo gallery below for some high-res shots. 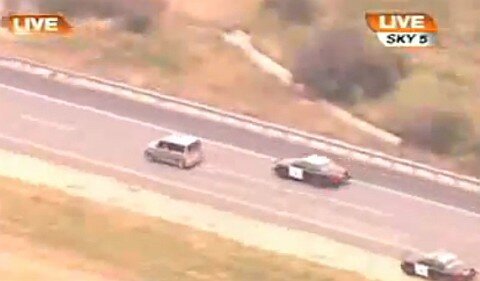 Many men tend to mock women drivers saying that they can’t match the skills of any testosterone-infused representative of the species. But this recent video of a woman in a police pursuit might give them something to think about.

Not only did she manage to evade the police for some time, in a Scion xB of all things, but she also saw fit to get out of the car and openly mock them. It’s true she forgot she had an automatic gearbox and the car started to move on its own, but it’s still a great video to watch.

Hit the jump to see it.
END_OF_DOCUMENT_TOKEN_TO_BE_REPLACED