Expect the second (and real) part of Gymkhana Three in the following weeks. Until then, score some glimpses of Block and his Fiesta in the video after the jump.
END_OF_DOCUMENT_TOKEN_TO_BE_REPLACED 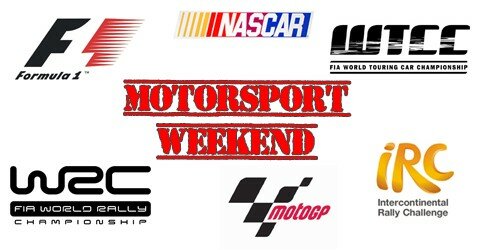 Unlike previous weekends, this time we were treated quite just a couple of big events. We had the IRC Rally of Madeira take place in the lovely Portugal, while Nascar‘s Sprint Cup saw the Heluva Good! Sour Cream Dips at The Glen race take place at the Watkins Glen International road course.

So, curious to see how Freddy Loix, Kris Meeke, Juan Pablo Montoya or Kurt Busch faired in their respective races? Then hit the jump and find out.
(more…)


School buses don’t exactly have the best reputation, but at least in the eyes of Paul Stender and his crew at Indy Boys Inc., the large yellow vehicles make for perfect platforms.

A platform for what, you ask? For a jet engine taken from a Phantom fighter plane.

That’s right, the guys manufactured their own custom school bus, and fitted a jet engine allowing the vehicle, called The School Time Jet-Powered School Bus, to reach a speed of 367 mph.

Why would anyone combine such things? According to Stender, it’s because he wants to keep kids off drugs, and also just because it was extremely cool to see a school bus, with flame decals on the side, and real flames coming out of the jet engine in the rear.

If you want to check out this monstrosity, then hit the jump.
(more…)


With every new supercar, no matter how powerful or obscene, you can bet that there will be people with questionable taste getting their hands on some of them.

Such is the case with the Mercedes-Benz SLS AMG, owned by an Arabian and parked on the streets of London. We’ve seen some pretty interesting Arabian customizations up until now, but this one takes it up a notch.

As you can see, the powerful German supercar is wrapped in a matte purple (or mauve, for the artistically-inclined) body vinyl, hiding the original red paint job. For an added contrast, the wing mirrors are also wrapped in fake carbon fiber.

In case the picture above wasn’t enough punishment for you, hit the jump to see a video of the purple Mercedes-Benz SLS AMG in action on the streets of London.
END_OF_DOCUMENT_TOKEN_TO_BE_REPLACED


Washing a car, in the minds of most drivers, is one of the most trivial things you can do. That’s why many just limit themselves to doing it at home, thus saving the money they would spend at a regular car wash.

When you own a supercar though, things change a bit. That’s why a young entrepreneur from the UK decided to open up one of the country’s most expensive car wash and detailing services.

While it isn’t exclusive to supercars, the price for the complete treatment, £7,200 (nearly $11,000) makes sure that only the richest customers visit his dedicated shop.

What does he do to charge such a huge amount of money? He uses various types of washing fluids, taking both the exterior and interior through several cycles of cleansing. Afterwards, special waxes are used to guarantee a smooth finish. In some cases, he even uses a microscope to detect imperfections in the car’s paint. The whole process takes upward to 250 hours.

Don’t believe us? Hit the jump and see a video interview of the young entrepreneur while he takes care of a Lamborghini Gallardo.
END_OF_DOCUMENT_TOKEN_TO_BE_REPLACED


After seeing the Bugatti Veyron Super Sport set a new world record for the fastest production car, we now get see a new type of record being broken by a very different car.

The 1966 Volvo P1800 you see above, owned by Irv Gordon, has reached a whopping 2.8 million miles (4.5 million km) driven, owning the new world record for the biggest distance traveled by a non-commercial vehicle.

According to 70-year old Gordon, the secret to the longevity of the Volvo’s life is partly due to the tough Swedish engineering, but also to regular maintenance. This means an oil change every 3,000 miles and a new transmission fluid every 25,000 miles.

Besides that, the only large problem the Volvo ever had was at the 680,000 mile mark, when the engine had to be rebuilt. After that, it was smooth sailing.

Gordon also says that he hopes to take the car over 3 million mark in the next few years, hopefully just in time for his 73rd birthday. We wish him the best of luck and plenty of safe miles driven in the old Volvo.

END_OF_DOCUMENT_TOKEN_TO_BE_REPLACED

What to do when you own a Lamborghini Gallardo and like bicycling?


You make your own bicycle rack, of course!

At least this is what an intrepid Lamborghini Gallardo owner did when he was faced with this dilemma.

He bought (or made) a bicycle rack and just strapped own the two-wheeled means of transportation.

And who said Lamborghini owners don’t think about the environment?!