Super Bowl MVP Will Get A Camaro

The all-mighty Super Bowl is right around the corner and as if the players weren’t wealthy enough, the MVP will get a brand new Chevrolet Camaro for his achievement. Courtesy of General Motors, the winner of the Pete Rozelle MVP will feel the breeze in his un-helmeted hair driving the 2011 Chevrolet Camaro Convertible.

In the past, GM offered many Cadillacs for the MVPs and obviously, the Escalade was the most popular car. This is a good and affordable way of advertising the car when we take into consideration that a 30-seconds spot costs up to $3 million (not that GM isn’t doing that too).

The Super Bowl MVP will get the Pete Rozelle Trophy which is a silver model made by Tifanny & Co. as well as the cool convertible on February 7th at 8:30 AM CST at the Super Bowl XLV Media Center.

Audi will certainly have one of the most significant presences during the upcoming Super Bowl ad lineup, but they will not be alone as eight car manufacturers have bought ad time this year, meaning that we should expect more than 15 auto ads during the event. The Super Bowl is a very high exposure event offering the perfect opportunity for automakers to unveil their new models.

It is a very good and healthy sign coming from the automotive market as they can afford to spend millions of dollars for just a few seconds. In addition to all this, General Motors signed a partnership with NBC and they will be the only domestic car manufacturer with ad space on the NBC network and channels during the 2012 Olympics, which will be organized in London, UK.

For those of you who are curious about the outgoing prices during the Super Bowl – during the February 6th game, a spot lasting 30 seconds will cost between $2.8 million and a whopping $3 million, according to Brad Adgate who is a researcher for Horizon Media, a company based in New York that tracks advertising spending.

Up until now, Chevrolet bought five 30-second ads that will air during the Super Bowl. Chrysler also will buy some ads but final details have not been settled yet. Ford will be the only automaker that won’t have any ads during the event, but they will be the only car manufacturer in the last 30 minutes of the pre-kick-off program. 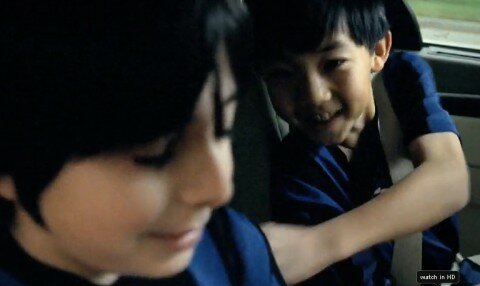 The Super Bowl is one of the biggest sporting events in USA, gathering millions of viewers for the great football game and even greater ads which are aired during the breaks.

One carmaker which paid big money for some ad space was Volkswagen, which featured the Punch Dub game, where anyone would playfully punch the person next to them when seeing a Volkswagen model. Originally thought of during the 1970s due to the popularity of the VW Beetle model, the game is now coming back, as the German company now has 13 models on US streets.

The ad also features cameos from famous musician Stevie Wonder and comedian Tracy Morgan. Hit the jump (pun not intended) and prepare to punch your friends the next time you see a Volkswagen car.
END_OF_DOCUMENT_TOKEN_TO_BE_REPLACED


As we all know, yesterday the Super Bowl was held, and with the great football match came some great and very expensive ads.

One of them was dedicated to the Audi A3 TDI model, which was awarded at the LA Auto Show, at the end of the year, the 2010 Green Car of the Year.

In order to promote such a car, Audi brings forth a very sensitive issue: a special type of police enforcing “green” living and eco-friendly attitudes, even though they might be pushing it quite a few times.

Hit the jump to watch the ad and then share your thoughts below.
END_OF_DOCUMENT_TOKEN_TO_BE_REPLACED


Another carmaker which bought ad space during last night’s Super Bowl was Kia, which opted to showcase its 2011 Sorento, which is completely made in the USA.

In order to do such a thing, the ad blends in a rather interesting way last summer’s “The Hangover” movie with an old marketing campaign aired for the Opel Corsa a few years ago (the one with the puppets and the “C’mon” tagline).

The result? Five toys having some fun in Vegas, thanks to the all-new Sorento. Hit the jump to watch the ad.
END_OF_DOCUMENT_TOKEN_TO_BE_REPLACED


The Super Bowl took place yesterday, but besides seeing a great game between the New Orleans Saints and the Indianapolis Colts, we were also treated to quite a few great ads.

This one, dedicated to the Dodge Charger and titled: Man’s Last Stand, is a very interesting one, showing that even though men aren’t what they used to be (something along the lines of Neanderthals, at least according to Dodge), they can still escape thanks to the Dodge Charger.

Hit the jump to see this ad, narrated by Michael C. Hall from the Dexter TV series on Showtime.
END_OF_DOCUMENT_TOKEN_TO_BE_REPLACED


As most of you know, yesterday took place one of the biggest sporting events in the US, the Super Bowl, where millions of viewers tuned in to see the New Orleans Saints face off against the Indianapolis Colts.

But many of you also tuned in to see the great ads which are usually aired, for high sums of money, during the breaks in the game. We’ve rounded up almost all of the car-related ones, and we’ll be posting them over the day.

First off, let’s start with the Bridgestone ad, entitled Your Tires of Your Life, and, from what we can see, aims at revealing to anyone just how important these tires are. The punchline is a bit weird, and, at least for us, sparked just an awkward smile. Hit the jump and then share your thoughts about this ad.
END_OF_DOCUMENT_TOKEN_TO_BE_REPLACED


For readers outside of North America, we need to mention that this weekend will host the 44th edition of the Super Bowl, one of the biggest sporting events of the continent, and by far one of the most watched competitions.

As such, you can bet that many companies have offered huge amounts of money to get ad space during the commercial breaks, and that they have pulled out all the stops to make their promos the most memorable ones.

Hyundai has already revealed its two Super Bowl ads. The first one covers famous NFL quarterback Brett Favre, joking about his recent carrer changes: he retired, then came back to play for the Jets, then retired and came back to play for the Minnesota Vikings, which he took all the way to the NFC championship game. You’ll be thinking fine, what’s that got to do with Hyundai? Well the ad shows the 50-year-old Favre in 2020, earning the MVP award and, once again, talking about retiring. Even though such a thing isn’t certain to happen, Hyundai says its 10 year warranty on the Sonata will definitely be good for 10 years (at least for the powertrain).

The second one, is all about the paint process the company uses on the new Sonata sedan, and how it results in a paint job better than even the Mercedes-Benz CLS Class, which is a pretty bold statement.

Hit the jump to enjoy these two ads:
(more…)

Last week we were very delighted to hear that, after last year’s great Super Bowl ad, Audi will once again air a commercial during one of the world’s most watched sports events. Not the mention that the news about Jason Statham, one of our favorite actors, will star in the ad made us even more excited about it. However, yesterday we got the chance to see a 30-seconds cut of the video, with Jason running away in a Mercedes, a BMW and a Lexus before finding the perfect getaway car, a supercharged Audi A6. Let’s hope that the full 60-seconds spot will make us change our minds, because from what we’ve seen so far, we’re really dissapointed. I mean, it’s not a bad commercial, but we were expecting something a little more exciting or funny. And considering the spot cost at least $6 million (NBC is charging $100,000 a second for Super Bowl ads this year, plus production costs and Jason’s payment), they’d better show us more.

Check out the 30-seconds video after the jump. END_OF_DOCUMENT_TOKEN_TO_BE_REPLACED

Audi to advertise again in the Super Bowl, this time with Jason Statham

It seems that Audi was pleased with last year’s Super Bowl ad, because this year they’ve decided to go with another ad during one of every year’s most anticipated sports events. This time, they’ve decided to go with an ad featuring Jason Statham (one of the coolest actors around, with movies like Crank, Snatch, Death Race), the actor who became famous after doing all sorts of stunts in a BMW 7 Series, an Audi A8 W12 and an Audi S8, in the Transporter movies (the first one was really good, but still, all three movies were fun to watch). In this year’s ad Audi continues to send warnings to “old luxury”, the spot featuring a high-speed journey through luxury automobiles in American history, sending the message that some things are best left in the past. The ad was created by Audi’s advertising agency, San Francisco based Venables Bell & Partners and it was shot on-location in Los Angeles.

“After an exceptional last two years, the Audi brand has experienced unprecedented growth, not just in sales, but in awareness and excitement,” said Scott Keogh, chief marketing officer, Audi of America. “Every new model we introduce is making more and more consumers stand up and take notice of the single best line-up in the market. Last year’s spot sent the message that Audi was truly redefining luxury. This year’s spot will ensure that everyone realizes that Audi is the best choice, period.”

“In addition to having had the opportunity to drive Audi models in several of my films, I drive one in my personal life, as well. I have always loved the mix of style and performance they offer,” said Statham. “I am thrilled to be affiliated with a company I so believe in on the biggest stage in American television.”