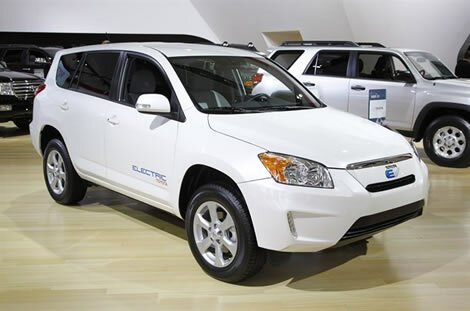 Created in partnership with Tesla Motors, Toyota unveiled this week at the 2012 Detroit Motor Show the EV version of the RAV4. As you would expect, the electric model is based on the conventional-powered RAV4 and has a front-wheel drive configuration.

It features a 150 hp electric motor that is linked to a big 50 kWh battery. We say big because the one that the Nissan Leaf has is able to store up to 24 kWh so it’s more than double the size. Charging from a conventional plug socket takes about 12 hours due to the size of the batteries.

With a full charge, the Toyota RAV4 EV is able to provide a range of up to 150 miles and should offer similar performances to a 6-cylinder-powered cars. It will be able to do the 0-62 mph sprint in a decent 9 seconds, on its way to an electronically limited top speed of 100 mph. These are some pretty good figures coming from an electric vehicle.

The good news is that Toyota has already started the production of the car but the thing is that they will make only a few hundred of them while the company evaluates the batter technology provided by Tesla. In addition, they also have to figure out the customer driving habits. The company’s purpose is “to grow trust in the product, and gain experience.”

Aside from this EV, Toyota is also working hard on an electric version of the petite iQ which in the United States will be sold as a Scion starting with this year. This one offers a range of only 50 miles so it probably won’t be sold to the general public. Instead, it will most likely be leased to car sharing schemes and clubs, in an attempt to learn more about how these cars manage to do in today’s harsh traffic conditions. As we reporter in previous articles, the car will be manufacture at one of Toyota’s factories, not at Tesla Motors.

It seems that the automotive industry is going greener and greener, which some consider to be a good thing. We will let you be the judge of that. 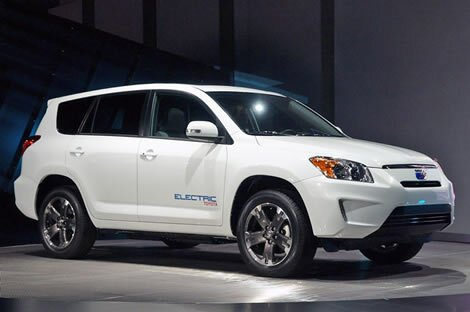 Several days ago, Tesla Motors announced that they have reached an agreement with the Japanese automaker Toyota to supply powertrain equipment that is worth approximately $100 million. Initially, Toyota agreed to pay $60 million for the development work on the RAV4 EV’s motors and battery packs and has agreed to pay the additional funds for motors and packs to be used in a version of the car that will go into production in 2012.

This supply agreement will start from next year and ends in 2014, according to Tesla. Last year, Toyota acquired a 2.9% stake in Tesla. The latter will start the production of its highly anticipated Model S in mid-2012 at its factory where they’ll also going to make the motors and battery packs for the RAV4 EV.

We have some good news for those of you that are waiting for the EV version of the Toyota RAV4 as a couple of days ago the Japanese automaker confirmed the fact that the car will hit the market next year and contrary to previous reports, it is going to be offered to all customers. These previous reports mentioned that the Toyota RAV4 EV is going to be offered only to car-sharing companies and fleet purchasers.

Toyota also mentioned that they are going to roll out two EVs next year, the other one being the funky Scion iQ EV, which will be available only to car-sharing firms and fleets.

2012 is going to be an important year for Toyota as they will launch three plug-in EVs. This announcement was made a couple of days ago at the company’s Annual National Dealer meeting that took place in Las Vegas. All these three electric models are going to be adaptations of current cars, not entirely new models.

The first one that will hit the market is the RAV4 EV, which will offer the same luggage room as its conventional powered sibling and just about the same performance. For this model, the Japanese automaker teamed up with Tesla for developing the drivetrain and the battery pack.

Joining the EV lineup next year will be the funky Scion IQ EV, a car that is a little bit longer than the Smart ForTwo. Toyota’s city car is very popular at home and in Europe and it’s safe to say that the electric variant will probably be an instant hit.

Last but certainly not least, the plug-in version of the Prius will hit the market in 2012. Needless to say, it is going to offer better gas mileage in comparison to the regular 2012MY Prius and it will offer an electric driving range of up to 14 miles while running at city speeds. The car will carry a price tag of about $33,000, which is just about the same as you have to pay for a Nissan Leaf.

Source: Toyota via All Cars Electric

Toyota RAV4 EV to debut in LA this year, Prius PHEV arrives in 2012 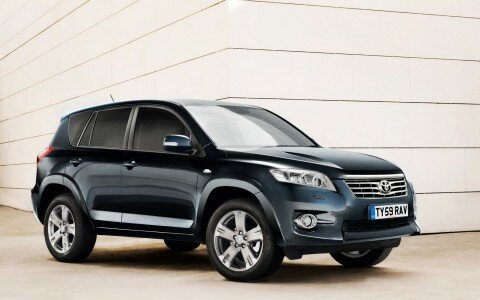 Toyota and Tesla announced a few months ago that they are planning to launch an all-electric vehicle, based on the popular RAV4 crossover.

The Toyota RAV4 EV has now been detailed by the Japanese company, which revealed that it will have a working prototype present at this year’s LA Auto Show. According to Toyota, this means that the electric crossover is still on track for a 2012 launch on the US market.

The company also decided to detail another one of its electric efforts, the Prius plug-in hybrid. According to Toyota, the car may also arrive on US shores in 2012. More specifically, people will get to see it in the second quarter, meaning late spring.

Toyota wants to sell over 20,000 Prius PHEVs in North America when it will launch the model, and will rival other cars like the Nissan Leaf EV or the Chevrolet Volt.

END_OF_DOCUMENT_TOKEN_TO_BE_REPLACED

Toyota and Tesla working on RAV4 EV, arrives in 2012

Toyota and Tesla have recently announced that they will partner up and start new research into electric vehicle drivetrains by using existing Toyota vehicles.

Now, the two companies have officially revealed what model will be the result of this research: a Toyota RAV4 Electric Vehicle.

The zero emissions crossover, according to both Toyota and Tesla, is scheduled to appear in 2012 on the US market. If the investment proves successful, the electric RAV4 might also make it to other markets, like Japan or Europe.

No other details have been revealed, so we’ll be in for some wild speculation until 2012 hits.