Fans of car shows no doubt love Top Gear, but when it’s time to actually buy a car, Fifth Gear emerges the winner, combining great road tests with some very funny races. In the last few months, things have been quite rocky for the TV show, with plenty of rumors claiming that it will be canceled by Five TV, the channel which aired it.

After that, new rumors appeared according to which the show would move altogether to a new channel, or that one of its presenters, Tiff Needell, would get his own show.

Now, fresh from the Twitter account of another Fifth Gear presenter, Jonny Smith, it seems that the show will in fact be coming back. More details are sure to follow, so stay tuned, and follow us on Twitter while you’re at it.

END_OF_DOCUMENT_TOKEN_TO_BE_REPLACED 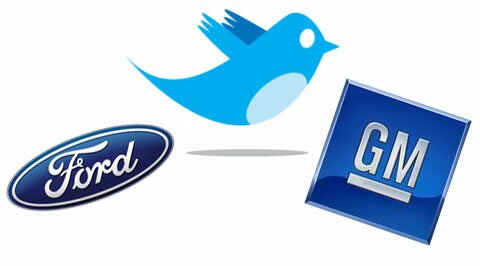 This morning I was trying to catch up with what some of the stuff I missed last week on Twitter and I came across this pretty funny repliy exchange between GM’s official Twitter stream (@gmblogs), GM’s director of social media (@cbarger) and Ford’s head of social media (@ScottMonty). It all started when GM announced CEO Fritz Henderson’s live Twitter session last Tuesday. END_OF_DOCUMENT_TOKEN_TO_BE_REPLACED

Guys and gals, we have an interesting little giveaway for you. We have a package with the first three movies from the Fast and Furious series and 3 soundtracks from the fourth (samples here), offered by Cornerstone Promotion (many thanks to Diego Vargas for all the help!). Though we weren’t very impressed with the fourth movie, its soundtrack sounds great and makes for an excellent driving music. And the first three movies from the series were really great, so we think you’ll enjoy the prizes. So, how can you get one? Well, for this one we’ll use Twitter. Don’t know what Twitter is? You should be ashamed of yourselves, because everyone’s talking about it. And of course, we have an account (@rpmgo). So all you have to do is:

3. Write a reply @rpmgo with what was your favorite movie from the Fast and Furios series (and you could also add why).

5. Well, actually it’s not it because it would be great if you would also follow us

One of the replies will get a package with the first three Fast and Furious movies and three other replies will get the original soundtrack from the fourth movie. So, what are you waiting for!?

Updates after the jump.