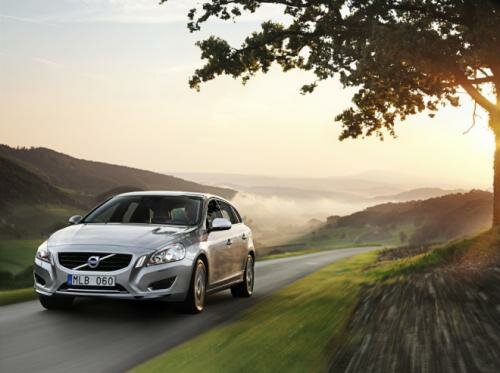 Proclaimed as the very first diesel plug-in hybrid in the world, the Volvo V60 Plug-in Hybrid will make its first public appearance next year at the Geneva Motor Show, before going on sale in Europe for a starting price of 57,000 Euros. In the United Kingdom, the prices for this model will start between 45,000 and 50,000 pounds, before the government subsidies for EVs kick in. The car is going to be sold in Pure Limited specifications, including here the top-spec Summum trim level which in the UK is known as the SE Lux. 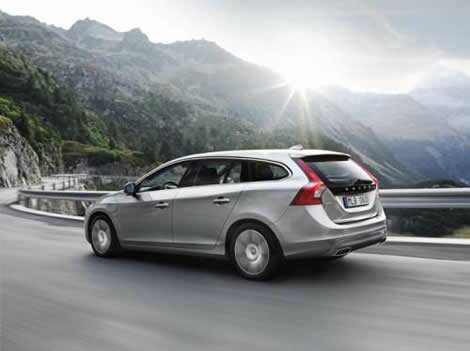 The car promises to offer one touch functionality as you will just have to press one of the Pure, Hybrid or Power modes and the driving mode will change. When in Pure mode, the vehicle is powered only by the electric motor and can be driven for distances of up to 31 miles (50 km) when the battery pack is charged from an external source. 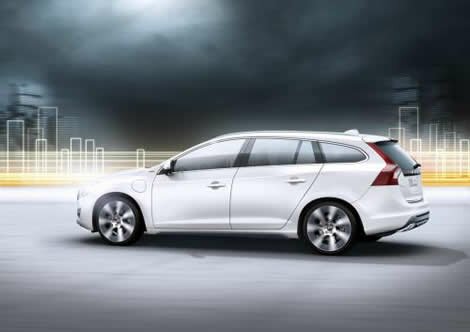 When the car is in Hybrid mode, the V60 Plug-in Hybrid is running in standard settings and uses both the diesel engine and the electric motor. When driven in this mode, the fuel consumption is a remarkable 1.9 liters / 100 km (124 mpg or 149 mpg UK) while CO2 emissions are as low as 49 g/km. 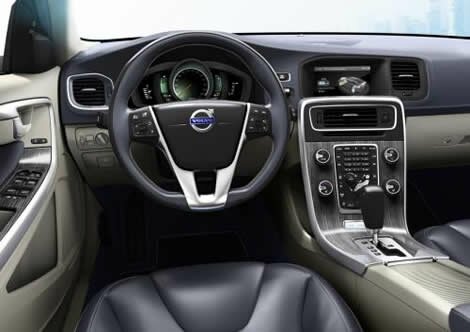 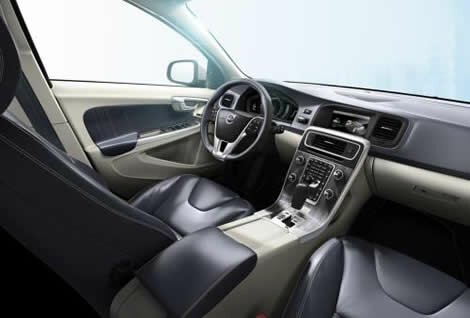 The Volvo V60 Plug-in Hybrid is motivated by a 2.4-liter, 5-cylinder turbocharged engine that drives the front wheels while the electric motor powers the rear wheels. The latter is powered by 11.2 kWh lithium-ion compact battery pack which is water cooled and it has been installed by the Swedish engineers from Volvo under the car’s floor of the loading compartment.  It has a 6-speed automatic gearbox and when the driver presses the AWD button, both power plants engage in electronically-controlled four-wheel drive. 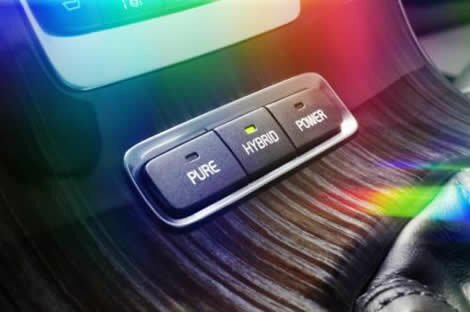 We should mention that taken into consideration the fact that the wheels in the back are powered only by the electric motor, this all-wheel-drive system should be used only occasionally when it is necessary so we shouldn’t compare it with a regular AWD system. This type of system can be activated up to a speed of 74 mph (120 km/h). 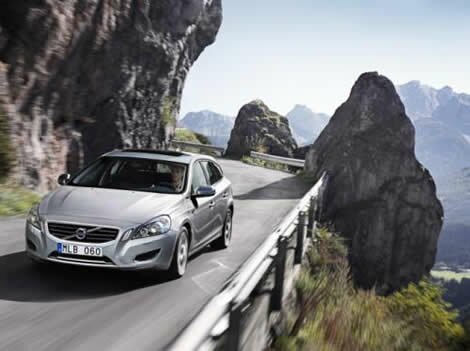 According to Volvo, this would have to be the most technically advanced car that they have ever made, and we should believe them since the V60 Plug-in Hybrid features a digital DIM – Driver Information Manager that has a one-piece LED display which replaces the traditional analogue gauges. The driver of the car has the possibility to select a bunch of information screens through the vehicle’s menu setup, while a smartphone application is available for allowing the owner to communicate with his car. The app can be used for controlling the air conditioning system, pre- and after-cooling, and also as a reminder to connect the charger cable if it hasn’t been done by a predetermined time. 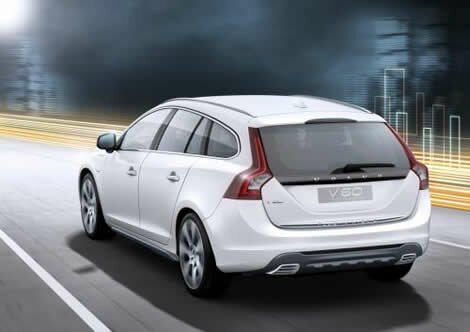 The car will go on sale in the beginning of next year and the first 1,000 units that Volvo will make will wear an Electric Silver finish. When the 2014 model year will arrive, production will be increased to approximately 4,000 – 6,000 units. 30% of sales are destined to the local market as well as other Nordic countries. A share of 5-15% each will be for countries like United Kingdom, the Netherlands, France, Belgium and Switzerland.

We will have more information about the car at next year’s Geneva Motor Show. Stay tuned.

The Swedish automaker Volvo announced yesterday that the plug-in hybrid variant of the V60 estate will go on sale in select markets next year. The car was developed in collaboration with Vattenfall which is an energy supplier from Sweden.

The plug-in hybrid utilizes a 5-cylinder 2.4-liter turbodiesel engine that develops 215 hp with a 70 hp electric motor that gets its energy from a 12 kWh lithium-ion battery pack. The front wheels are motivated by the diesel engine while the rear ones are powered by the electric motor.

The driver of the car has the possibility to select between one of the three driving modes available: Pure, Hybrid and Power. The first one is for driving the car in electric mode for distances of up to 31 miles (50 km), while the other two modes use both motors: Hybrid for a lower consumption and Power for maximum performance. Charging the batteries from a regular household outlet takes five hours.

The company did not mention the price list for the plug-in hybrid or more details about when and where it will be available. Taking into consideration that it comes with a battery pack, the green variant of the V60 will be considerably more expensive than the regular model.

The Swedish automaker Volvo announced this week that it will be unveiling the hybrid version of the curvy V60 station wagon model this year in March at the 2011 Geneva Auto Show. The Volvo S60 Hybrid will feature a 5-cylinder 2.4-liter D5 turbo diesel power unit for the front axle and an electric motor in the back.

The engine will output 215 hp and 440 Nm of torque while the ERAD – Electric Rear Axle Drive will churn an addition number of 70 ponies. The V60 Hybrid will receive the necessary electricity from the 12 kWh lithium-ion battery pack. The engine will be linked to a 6-speed automatic gearbox.

This hybrid model from Volvo will be able to have a 150 mpg fuel consumption level and will do 50 g/km of CO2 emissions. The Swedish officials over at Volvo said that the car will be able to offer a 32 miles range when running only on electricity.

We will have more information about the Volvo V60 Hybrid after its official debut on March 1st at Geneva Auto Show where the Swedish automaker will offer all the relevant details about this hybrid station wagon that combines practicality with efficiency making it a very interesting model for a certain target of car buyers.


After Volvo revealed the impressive 2011 S60 sedan, it was only a matter of time before the Swedish company presented the wagon version of that same model.

Now, the 2011 Volvo V60 Sports Wagon has been formally revealed, complete with an impressive video.

In terms of equipment, you won’t find any big changes, as it really is just the wagon version of the S60 sedan. Still, Volvo did try to implement a more aggressive design, with a sloped rear end, aiming to really highlight the sporty nature of its sports wagon.

There are changes from a technical standpoint though, as two chassis versions will be offered, Touring and Dynamic. The main differences reside with the suspension system, which is much more responsive in the Dynamic flavor. Still, both versions will provide an adequate amount of comfort, even on low quality roads.

As usual for Volvo, a huge amount of safety systems are offered, including the Pedestrian Detection one, which premiered on the S60 sedan. Hopefully, all of the systems will work in real life conditions. All-wheel drive is offered as standard for the top-of-the-range version, while you can order it as an option for other ones.

No word yet on US availability, seeing as how Volvo might operate some changes to the American lineup. Still, Europeans will be able to enjoy the sleek new 2011 Volvo V60 Sports Wagon starting this fall.

Until then, check out the photo gallery below and then hit the jump for an interesting presentation video.