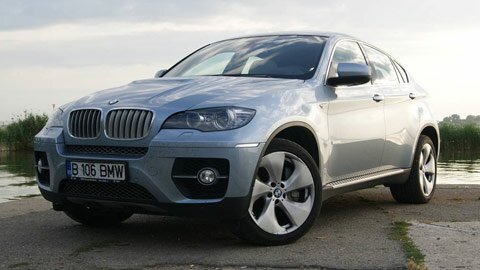 When you first hear about a 480 HP hybrid, you think it’s just a joke. That’s because the general opinion regarding hybrids is some sort of slow, frugal machines that save the planet one polar bear or baby seal at a time. Well, BMW thought otherwise, and decided to create ‘the most powerful hybrid in the world”, the X6 ActiveHybrid. We drove it around this summer, so let’s see what we found out: 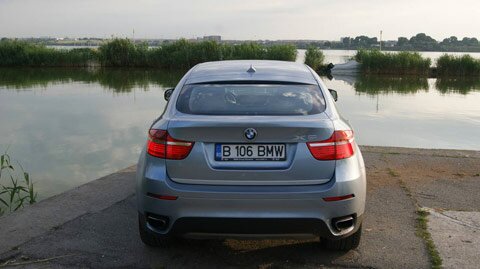 Looking from the outside, it’s hard to spot the differences between this beast and a regular X6. The trained eye will notice the power dome in the hood, the special Titanium Silver paint, as well as the special 20-inch Aero wheels which lower drag. Of course, you will also spot the ActiveHybrid badges, which tell the world that even though you have a monster of a car, the aforementioned polar bears or baby seals are still being rescued.

On the inside, you’ll still have a tough time spotting the differences between a regular X6 and the hybrid version. The only major difference is in the lower part of the tachometer, where instead of the active fuel consumption, you now have a charge indicator for the battery pack that powers the electric motors. 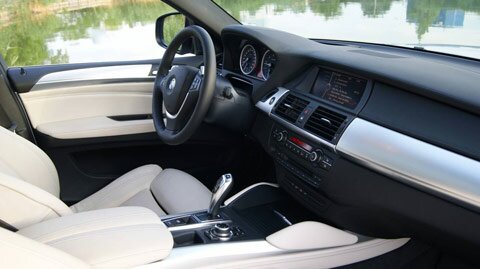 Besides that, however, everything’s normal, including the lovely cup holders. One thing still puzzles me though, why doesn’t the X6 have any dedicated handles on top of the doors. The driver may hold onto the steering wheel in tight maneuvers, but due to the 480 HP always lurking under the bonnet, the passengers might want something else to hold onto, not just the handles in the door covers.

This is the part I’ve been waiting for the most. The X6 ActiveHybrid has 3 engines: a 400 HP and 440 lb-ft of torque twin-turbo 4.4-liter gasoline one, as seen on the X6 xDrive50i, but with slight alterations, and two electric motors, capable of 91 and 86 HP, respectively.

For those who passed basic calculus, you’ll probably figure out that 400 plus 91 plus 86 doesn’t exactly equal 480. This is because the engines aren’t always running on maximum capacity. On speeds under 25 mph (40 km/h), the gasoline engine doesn’t do anything, and the motors are providing zero emissions travel. If you step on the gas a bit more firmly, the massive twin-turbo 4.4-liter springs to life, growling under the hood.

You get used to this sensation pretty easily, and it really puts a huge smile on your face the fact that you can drive around slowly, and at just one press of the gas, you’re emitting sounds worthy of a motorsport race. The electric motors tend to help out in the acceleration department, or anytime you need a bit more torque. When the car is cruising at highway speeds, the electric motors are on full capacity, while the gasoline engine gets used less, in order to reduce consumption. 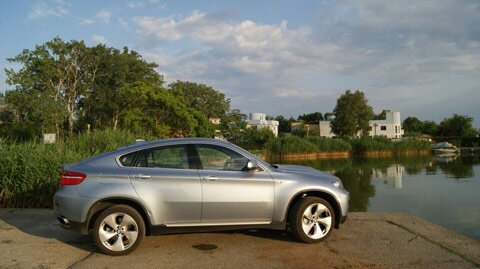 The technology sounds impressive, but how does the X6 ActiveHybrid handle on the street? Sadly, not all that great. When I heard about the power output, I was expecting something a lot more exciting. Even the 7 Series, which is practically a boat on wheels and has less power, was more fun that this one.

Don’t get me wrong, it’s powerful, the engine sounds great, but you kinda expect something more. In overtakes, if you don’t put the gearbox in sport mode, you don’t even feel you’re driving a 480 HP car. Also, the suspension system is a bit stiff, especitially for an SUV, but if you think about it makes sense, because it’s needed to keep the car under control.

And now, the question that has been on your mind and practically anyone who even heard about the BMW X6 ActiveHybrid: How much fuel does it gobble up?

Answer? A lot . When I took it around the city, the reading was around 15-16 mpg (US). When I took on the highway and national roads, with plenty of overtakes, you would’ve thought that the gas tank sprang a leak, as the average didn’t get better than 11 mpg.

Even though my expectations were quite high, the BMW X6 ActiveHybrid is a pretty sensational car, with a great interior. Still, factoring in the fuel consumption and the CO2 emissions (which aren’t low at all), the ActiveHybrid badging only shaves off a bit of the guilt you will have for buying an SUV in order to save the planet. Basically, and without bad intentions, this is more of a proof of concept for BMW, made for bragging rights, than a real hybrid for the future.

Still, even though I find it useless, I’m glad it was built and that I had a chance to drive it.

We liked:
- the briliant sound of the gasoline engine;
- the overall look, more aggressive than the regular X6;
- the handling outside the city, on the open road.

We didn’t like:
- the huge price;
- the bad fuel average;
- the handling inside the city.