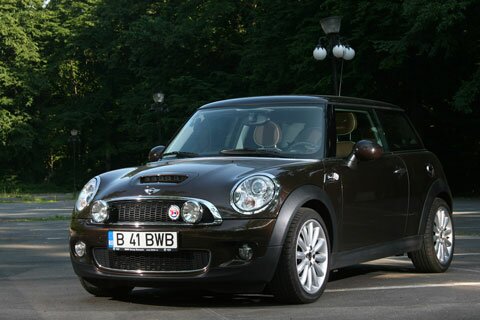 Lately, we’ve been hearing a lot about new, premium city cars getting ready for launch, like the Audi A1 or Citroen DS3, all targeting the Mini Cooper S.

While Vlad already had a chance to test drive the convertible version last summer, I was still a Mini ‘virgin’ (so to speak). So, after being fed up with Vlad’s constant praise for the British model, I decided to test drive a more special version of the potent little city car, the Mini Cooper S 50 Mayfair edition.

So, was it all I hoped it would be or did the Mini turn out to be a not so pleasant experience? Read on to check out our complete test drive.

Up until now, the various Mini models I’ve seen all around town have really caught my eye, thanks to the funky retro-inspired design and their chic appearance. With this Cooper S 50 Mayfair edition it was no different, falling in love with it at first sight.

For those who have forgot, the 50 Mayfair is a special edition model, available for the Cooper range, which packs even more high end features and celebrates 50 years of Mini. 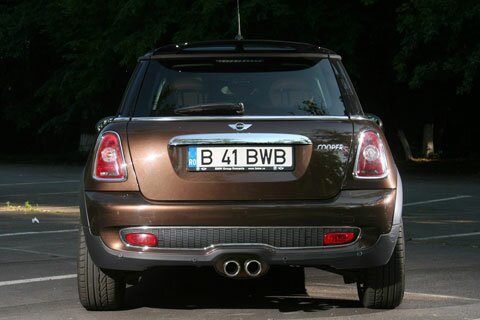 The main highlight for this car, at least in my eyes, was the color (Hot Chocolate), which gave the tiny hatch a classier demeanor and made a lot of people stare at it in traffic. Besides that, the more aggressive Cooper S styling touches, like the twin, center-mounted tailpipes or the tiny hood scoop completed a great looking car.

Those with a sharp eye can easily point out the special Mini 50 ‘jubilee placard’ on the grille, as well as the Mayfair inscriptions on the sides of the model.

Yes, I am sort of a Mini fan boy, but this car really struck a cord with me and with everyone who saw it.

On the inside, the 50 Mayfair really threw everything plus the luxury kitchen sink. It had special ‘Toffy Brown’ leather seats, the same material on the steering wheel, gear knob and hand brake, plus an upgraded sound system to make you feel all that special.

Honestly, at first, all the luxury features seemed a bit overwhelming, and made me and my passengers think that we’re in some sort of limousine, not in a tiny city hatch. 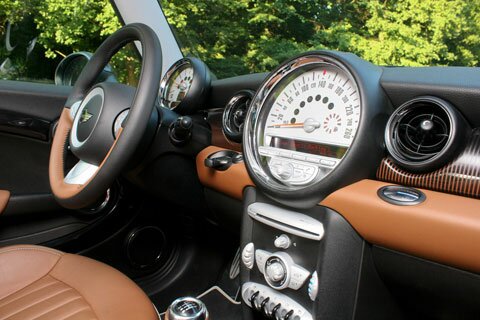 It’s worth pointing out the retro-inspired interior as a whole, because this is largely what makes riding in a Mini so great. From the huge, round dial in the center of the dash, to the chrome accents on the various switches on the center console, everything really makes you feel special.

It wasn’t all sunshine and butterflies inside the Cooper S though, as there really wasn’t a lot of space in the rear for anyone remotely adult to sit, unless you pushed the driver and passenger seats way in front. The boot was also pretty tiny (160 liters), but enough to carry some groceries or a few bags.

This is where the Cooper S really shined. Set aside the classy options, special looks or other things like that and you’re left with something closer to a go kart rather than a full-pledged car. The Mini, thanks to its potent 175 HP turbocharged 1.6-liter engine and its incredible suspension, managed to put a huge smile on my face, as well as on the faces of everything who took a ride in it. 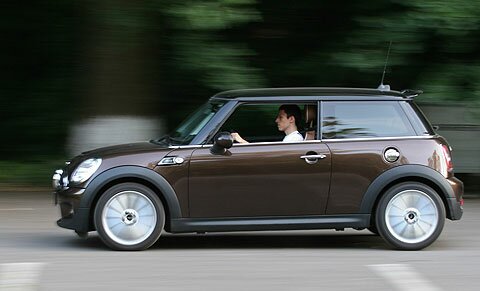 For those who demand the best performance and really want to go all out, there’s an inconspicuous sport button on the lower part of the center console which transforms the Cooper S into an even more powerful ‘beast’.

One push ‘injects adrenaline’ into the whole car, as everything from the throttle response to the steering system feels even sharper, and the exhaust is even louder. During these times, it’s best just to pull the windows down and enjoy what Mini and BMW achieved to cram into the body of a seemingly inconspicuous city car.

Still, this go-kart handling and sensation does come at a price. The suspension on the Cooper S is quite stiff, which in turn makes you fear and try to avoid any pothole or bump in the road, unless you’re a glutton for punishment.

As long as we’re talking about bad things, it’s also worth pointing out the fuel average of the Cooper S. Official figures peg a combined EPA average of 29 mpg US for the Mini. During our test drive though, the Mini managed to score around 25 mpg (9.5 liters/100 km). Bear in mind though that the A/C was on at full blast and the temptation to hoon the Cooper S got the better of me on a few occasions (in the safest of conditions, though).

Overall, even with the slightly thirsty attitude and the hard suspension, the Mini Cooper S is one fantastic little car. The only other downside though, is its steep price. In our country, the Cooper S starts at $29,000, the 50 Mayfair edition we drove around was worth $35,000 (!), but it had a lot of high end features, normally not available for the standard S. Regional pricing may vary greatly (the starting price in the USA is $23,000).

Still, if you don’t want to buy something larger and just want to drive around the city with a huge smile on your face, then a Mini Cooper S is the perfect thing.

We liked:
- the great handling
- the power of the engine
- the luxury features
- the cool overall image

We didn’t like:
- the hard suspension
- the steep price
- the high fuel average