Whether you have a ton of work to do, loads of stuff to carry around, working with heavy payloads or simply like the idea of full size trucks, you will be interested in this year’s truck and pickup releases. These are some of the best rated trucks that have been put through the RankingsandReviews.com ranking system and have been ranked by four parameters that form an overall score. These parameters are : Performance, Exterior, Interior and Safety.

So ranked number 7th is the 2011 GMC Sierra 1500 Hybrid. Bringing to the table a winning combination of impressive fuel efficiency, especially in towns and its capabilities as a full truck makes the GMC Sierra hybrid a part of our list. Rated at 7.3for performance, 7.8 for exterior, a lower 6.9 for interior and 7.0 for reliability makes it an overall of 7.2. 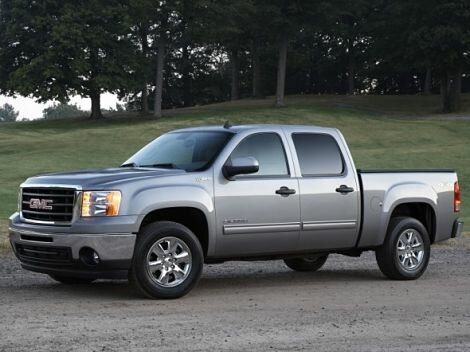 Outranking the GMC by only half a point the 2011 Nissan Titan is ranked on the 6th place. It is considered a decent reliable truck that keeps the driver and the passengers safe like only Nissan can, thing reflected in its high safety mark. Its downfall is the fact that it hasn’t been majorly designed in over 7 years and it looses ground on the market because of it. It has 7.8 in performance, 8.2 in exterior (in spite of the nonexistent design improvements) 7.5 in interior, and a major 8.8 in safety coming to an overall of 7.6.

On 5th place we have the 2011 Toyota Tundra. This one takes the stakes way up in overall score. It has quite a set of advantages sporting powerful engines, extreme capabilities and a whole lot of cab configurations, like any car though it has disadvantages as well like: some interior mistakes, and poor fuel efficiency. With a 8.2 in performance, 7,4 in exterior, 8.1 in interior and full marks for safety (Toyota…), making an overall of 8.5. A considerable rise on the scale.

Occupying the 4th position is the 2011 Chevrolet Silverado 1500 Hybrid. Along with the GMC Sierra hybrid, it’s the only hybrid option on the truck market. Sporting an excellent fuel economy for truck standards, it is considered an all terrain all purpose vehicle that offers a lot of room and comfort for the driver. Boasting with 9.0 for performance, 8.9 for exterior a lesser 7.6 score on interior but with 9.2 in safety the Silverado is brought to an overall of 8.7.

Tied for 3rd place are the 2011 GMC Sierra and the all loved 2011 Ford F-150. Ford boasting a new power train has enough power to carry itself and the GMC behind it easily. Alongside with a comfortable interior and upgrades to the exterior it deserves its third spot with an overall score of 8.9. On the other side, the GMC comes with a million of customizations and designs and packets that will satisfy every customer. Alongside with the good payload and towing capabilities, it stands firm near the Ford also boasting an 8.9 overall.

The runner up is the normal Chevrolet Silverado, that comes to the table with high capability and comfortable ride with off the charts handling performance. It received an incredibly balanced mark that reflects its Chevrolet heritage: 9.1 in each category taking it to a 9.1 total.

And finally the king: the 2011 Dodge Ram. This bulldozer lookalike is actually a lot more gentle than it looks, offering clever storage, a surprisingly luxurious interior and huge engines sweeps the feet under the competition. Getting to an overall of 9.3 this is the towing top truck.