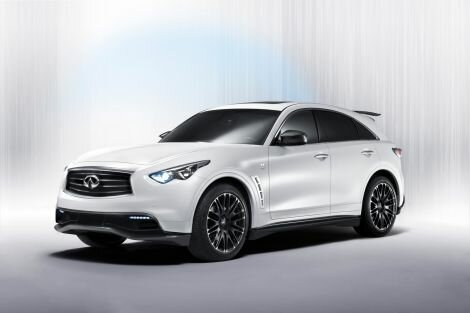 ROLLE, Switzerland – Infiniti released the first image of its upcoming concept car, which makes its world debut at the Frankfurt Motor Show on September 13th. It will be unveiled by reigning Formula One World Champion and Infiniti FX driver Sebastian Vettel, who helped design the concept vehicle.