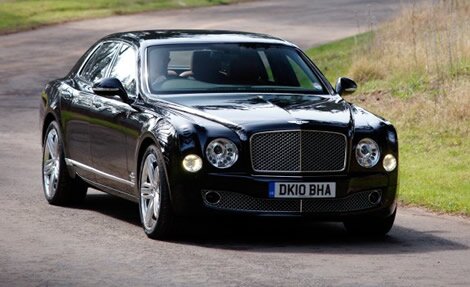 
Bentley is slowly but surely trying to renew its product lineup, and the new Mulsanne is just the tip of the spear. The British carmaker wants to get rid of its old models, like the Azure, Brooklands or Arnage, and is already planning replacements for the aging vehicles.

A new report now hints that the replacement for the Azure convertible model might sport a rather unusual body style: a four-door cabriolet, making it a very interesting option in the luxury car market today. For those of you who don’t know, only the Maybach Landaulet might even boast such thing, although it isn’t even a proper convertible.

Either way, if the Bentley engineers will pull off such an impressive feat for the next convertible (called the Azure or anything else), it will definitely one-up its traditional rival, the Rolls Royce Ghost Drophead Coupe.

END_OF_DOCUMENT_TOKEN_TO_BE_REPLACED


Bentley presented its brand new flagship limousine, the Mulsanne, at the Frankfurt Motor Show last year. But it waited until the Geneva Motor Show last week to formally unveil all of the details behind the new model.

Starting with the most important aspect, the Mulsanne is powered by a 6.75-liter V8 engine, capable of 505 HP and 752 lb-ft. It will be coupled with an eight-speed ZF automatic gearbox, which will enable the British limousine to go from 0 to 62 mph in 5.1 seconds, and up to 184 mph.

While these figures don’t seem much, bear in mind the Mulsanne weighs around 5,700 pounds. The huge weight, coupled with its size (dwarfing the BMW 7 Series for example), means a fuel average of 16.7 mpg on the EU combyned cycle.


The car will be sitting on 20-inch alloy wheels, covering powerful brakes, branded with the Bentley logo. For the inside, you’ll be able to choose from 24 standard colors, in any combination, and also 23 various shades for the seat belt (!). You’ll also find more electronic systems, technologies and devices than you can shake a stick at, making the Mulsanne quite modern under its classic appearance.

Official release details and the price of the 2011 Bentley Mulsanne will be revealed at a later date.

END_OF_DOCUMENT_TOKEN_TO_BE_REPLACED 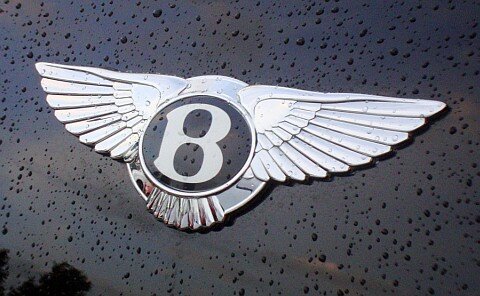 END_OF_DOCUMENT_TOKEN_TO_BE_REPLACED


As you may have heard, BMW-owned British luxury automaker Bentley has recently released the Mulsanne, a new high end limousine with which to take the fight straight to its arch rival, Rolls Royce. But while the new car has been introduced in the traditional four-door version, it seems that the manufacturer also has plans for a coupe and a convertible version, with which to replace the aging Brooklands and Azure models.

The statement was made by the boss of Bentley, Dr. Ulrich Eichhorn, which revealed his confidence in the Mulsanne to set a new benchmark for elegance and luxury in terms of cars. A coupe and a convertible version of the car will only help in accomplishing this goal, he added.

“With this car, we assessed the performance, craftsmanship and refinement of the Arnage–and enhanced it in every way. We have produced a car of the highest possible quality,” said Eichhorn.

The new versions are still a bit far away, as Bentley will focus its marketing and manufacturing efforts on the normal version of the Mulsanne for the next few years. Chances are the future models will also use the monster 6.75-liter supercharged V8 engine, which develops 505 HP and 1020 Nm (752 lb-ft) of torque.