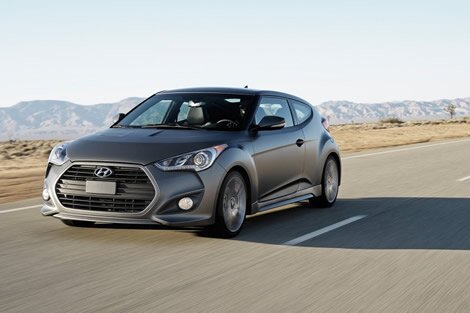 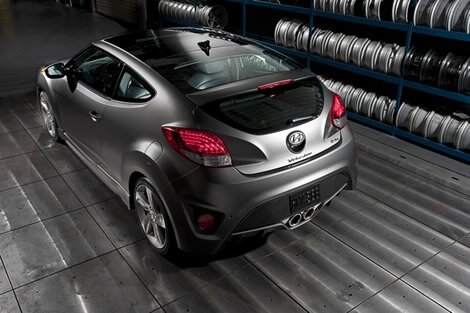 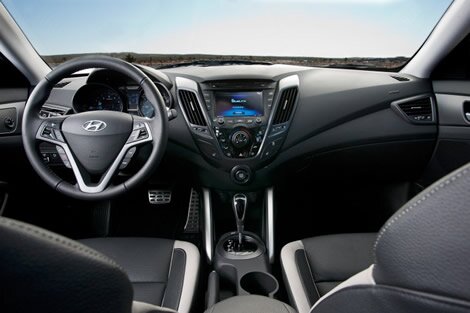 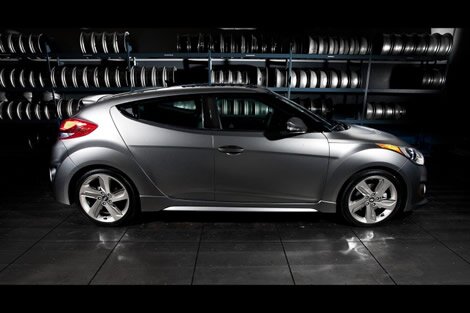 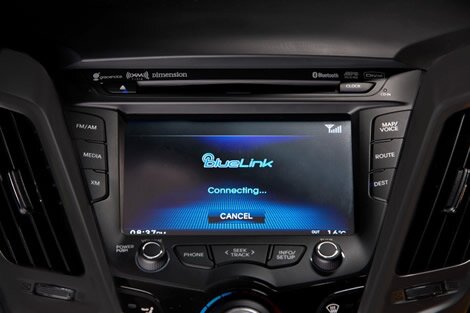 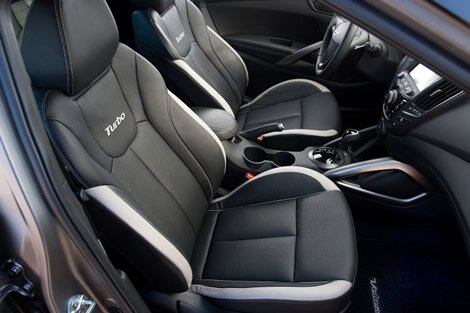 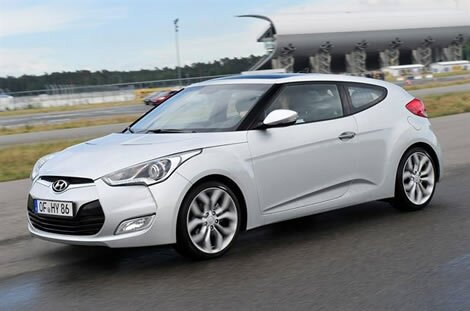 Hyundai has announced that the 3-door coupe Veloster will go on sale in United Kingdom in February next year and will carry a starting price of 17,995 pounds. The car will be available in two trim levels: Veloster and Veloster Sport, and both versions will be fitted with the 4-cylinder, 1.6-liter GDI gasoline engine that produces 138 hp. This engine will be mated to either a 6-speed manual gearbox or the company’s first dual-clutch transmission. 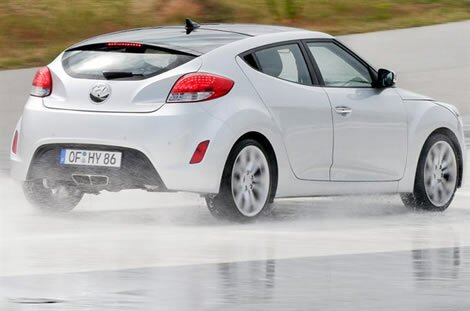 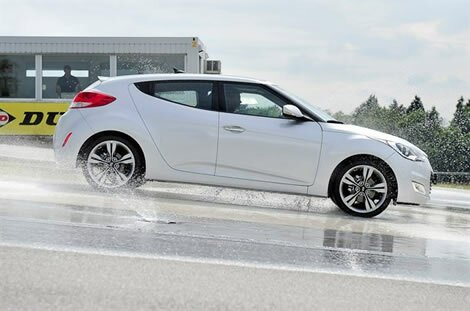 For the Sport trim level, clients are able to choose the media pack which consists of a touchscreen satellite navigation system that has a rear view camera, red leather interior, seven speakers and parking guidance system. 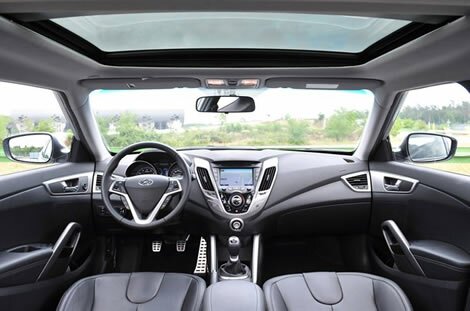 The most frugal version of the Hyundai Veloster will be the Blue Drive that returns 47.9 mpg UK and has CO2 emissions of 137 g/km. This version will set you back starting from 18,345 pounds.

All of the versions of the three-door coupe will come with the automaker’s 5-year unlimited warranty coverage.

The American tuners from ARK Performance have developed an impressive upgrade program for the Hyundai Veloster which will be heading to the SEMA show in November in a turbo configuration. The tuner will be adding its own turbocharger to the car which will increase the output of the 1.6-liter engine to 210 hp (213 PS / 156 kW).

ARK Performance has also created an aerodynamic kit as well as a fully refurbished interior cabin.

This year’s edition of the SEMA show will be organized in Las Vegas on November 1-4.


Hyundai posted today on its official Twitter page that the Veloster will have a base price of $17,300, mentioning that by the end of this week they will publish the full pricing list for the car. As a reminder, the car was officially unveiled at the Detroit Auto Show in January this year, where the Korean car manufacturer that the car will be in direct competition with cars like the Scion tC, Honda CR-Z, along with the Mini Clubman and Mini hatch. All of these models are considerably pricier than the Veloster.


The model that will go on sale in the United States will be powered by a 1.6-liter engine that produces 138 hp @ 6,300 rpm and a peak torque of 123 lb.-ft @ 4,850 rpm. This power unit is going to be linked as standard to a 6-speed manual gearbox or you could get the optional, dual-clutch 6-speed Eco-Shift transmission. Hyundai says that the car will be able to return 40 mpg on the highway.

Hyundai has found interesting angles for promoting it’s vehicles. Recently, they’ve teamed up with the infamous Youtube in order to promote the YouTube Symphony Orchestra 2011. Motoring seems to go well with music and online, since the night at the Sydney Opera House and Circular Quay was a success.

The event became a festival with both musical and visual components, in which the new Hyundai Veloster played a main part and made it’s debut on the Australian automotive scene.

The Hyundai Veloster is probably the best looking car the Korean automaker ever launched and for those of you that want more than the standard 4-cylinder 1.6-liter engine that develops 138 hp, Hyundai has something for you.

If the rumors are true, a more powerful turbocharged version is under development, packing a 1.6-liter GDI turbo unit that cranks out 208 hp @ 6,000 rpm and 195 lb.-ft of torque @ 5,000 rpm. We know that a little over 200 hp is not that impressive, but combine this power with the car’s 2,600 pounds curb weight; the Veloster Turbo should be pretty quick.

In addition, if it will feature a 1.6-liter engine, it means that the fuel economy will be very good, not as good as the 40 mpg on the highway of the standard model, but pretty close.

Source: Hyundai Blog via Inside Line via AutoBlog